Finally, North West will have a proper ready-to-wear collection to take her from playdate to Charter plane. Fresh off from it’s blockbuster so called accessible line for H&M, Balmain tweeted on Monday that it will be releasing a children’s collection in June along with a picture of four beautiful kids in sharp blazers with large gold buttons, skinny pants and gold-tipped boots. Fierce Fashion has no age limit. 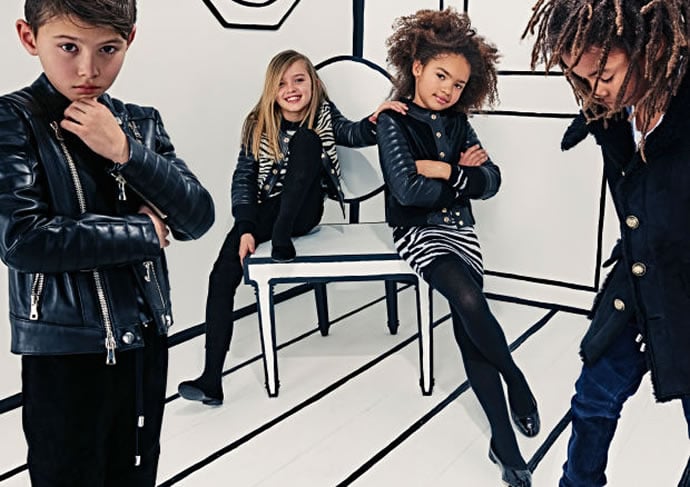 Olivier Rousteing and Balmain are now launching a children’s line in June, initially at Balmain boutiques and online at balmain.com, 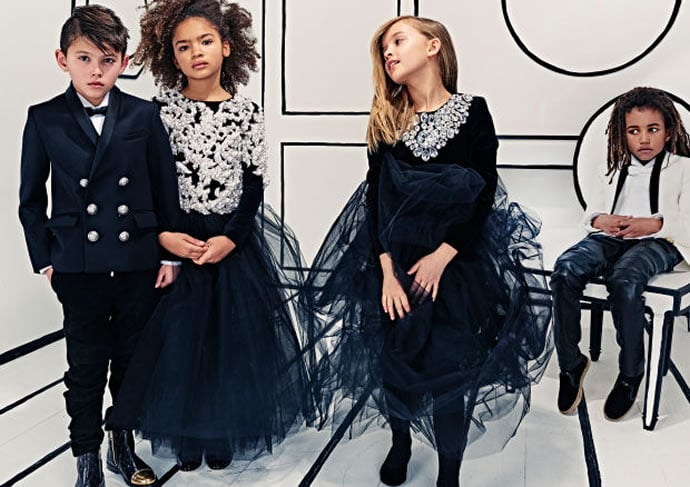 Creative director Olivier Rousteing oversaw the production of the collection in-house instead of outsourcing or licensing it out to a children’s wear company. Though designer Olivier Rousteing has made tiny custom ensembles for Kim Kardashian’s little one, this is his first kids collection. But don’t expect anything cute and sweet. Rousteing says “The styles will be influenced by his men’s and women’s runway shows. These are the same looks that, over the years, moms and dads have repeatedly pleaded with me to produce for their kids “ 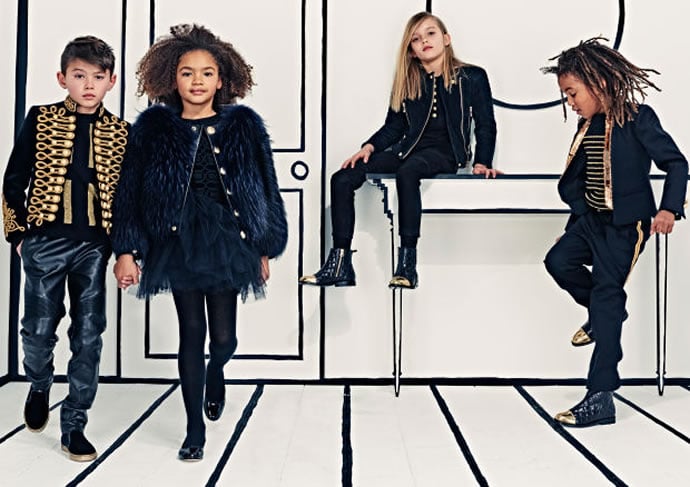 If we have a look at the most of Children Worldwide Fashion/luxury brands, for example, is a French licensee that produces children’s collections for Chloe, Karl Lagerfeld and Marc Jacobs.

“These are the same looks that, over the years, moms and dads have repeatedly pleaded with me to produce for their kids,” said the designer, who has Kim Kardashian on speed dial.

Why wait longer? It’s time for you to get the new North West look for your kid!

READ:  Blast from the past: The all-new Louis Vuitton Parnasséa Lockit in Veau Cachemire leather