In the past luxury lingerie giant featured Naomi Campbell in a femme fatale inspired campaign, this time it is international supermodel Bar Rafaeli who is modelling the brands super sexy creations in their new campaign. The campaign was by Sebastian Faena in a location outside of Paris.

Bar rolls in the hay wearing only AP’s stunning creations and high heels. The pictures may sizzling hot, but the shoot was anything but! The shoot team was expecting warm and sunny weather but instead were greeted with cloudy skies, cold and rain. Fortunately Bar was the poster child for professionalism, clad in AP underwear while everyone else was in puffer jackets. 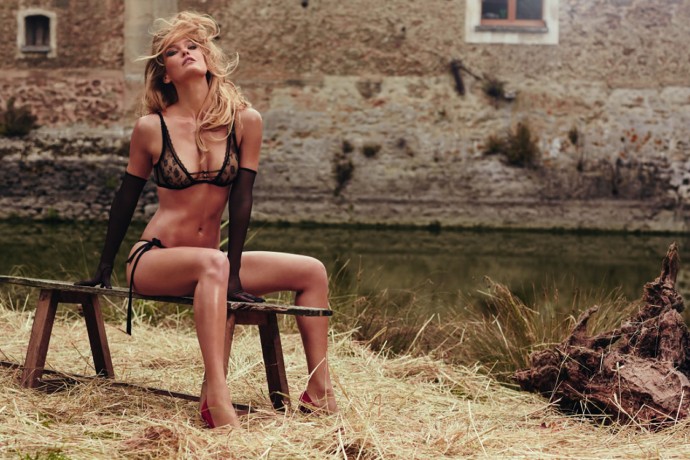 Her efforts certainly paid off as the beautiful blonde looks like a million bucks even when surrounded by hay in a barn. The theme of the shoot is the romance of a hot summer spent outdoors. Bar is seen in lacey blue and black lingerie sets, a black bodysuit and even a silky skirt that does double duty as night and day wear. Talk about your functional clothing! 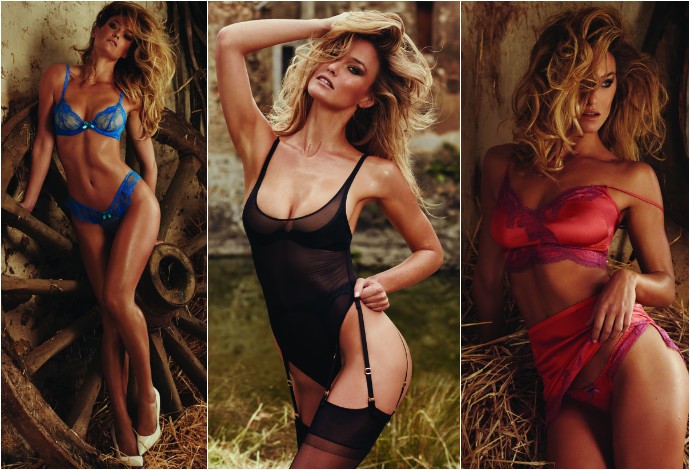 This collection has probably just raced to the top of everyone’s must-have list.

Tags from the story
Agent-Provocateur