Bottega Veneta has opened its second store in the Beverly Hills, California. The new store is located at 320 North Rodeo Drive and offers 4,828 square feet of luxury bags, small leather goods, ready-to-wear, shoes, jewelry, fine jewelry, home accessories, luggage, eyewear and fragrance. The design and concept for the store was created by Bottega’s creative director Tomas Maier who wanted the space to reflect a sense of lightness and spaciousness balanced perfectly with a feeling of intimacy. 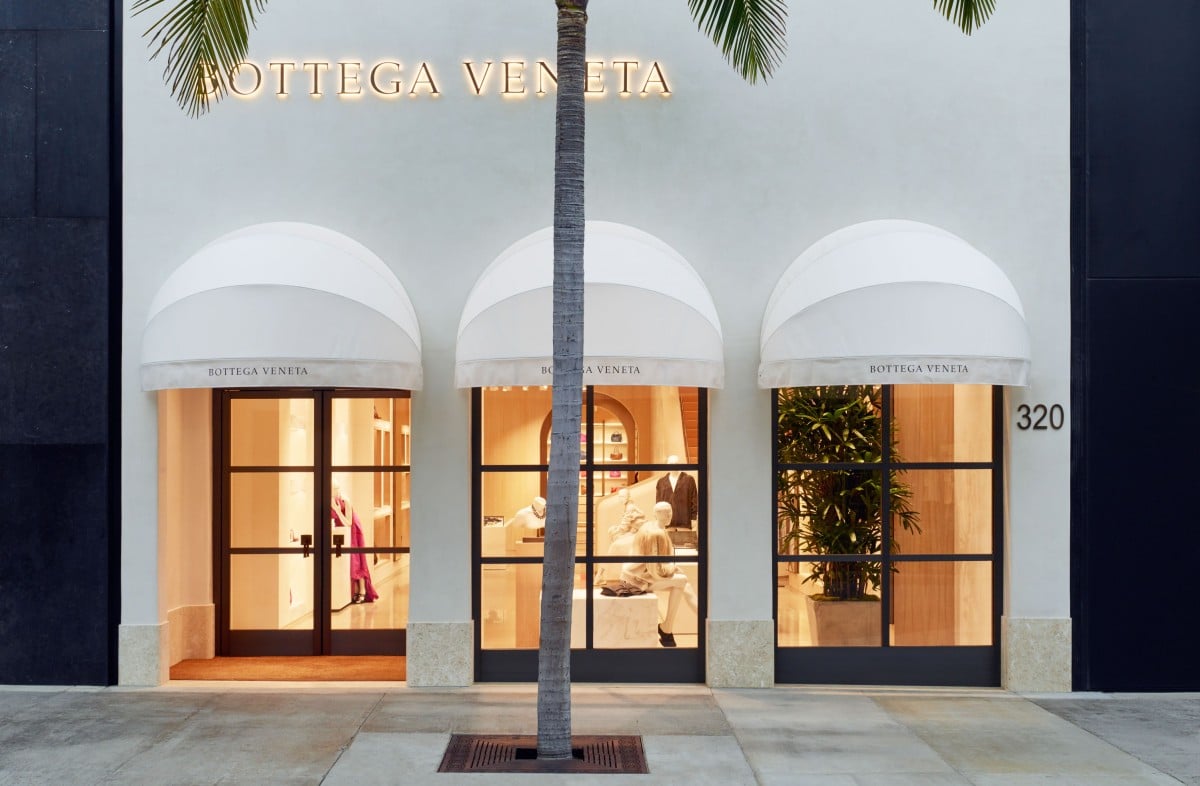 The store brings this concept to life through skylights on the upper floor and a color palette of neutral, earthy tones as well as natural elements like walls and ceilings in bleached oak wood and flooring in fossil Piscina stone, Coquina stone and natural color brushed Oak wood. The space draws on Mediterranean Revival and the Southern California architecture from the early last century, inspired by the Mexican Colonial Spanish Revival style. Maier was particularly influenced by George Washington Smith, Bertram Grosvenor Goodhue and his masterpiece Austin Val Verde and Lutah Maria Riggs’s Romberg House. 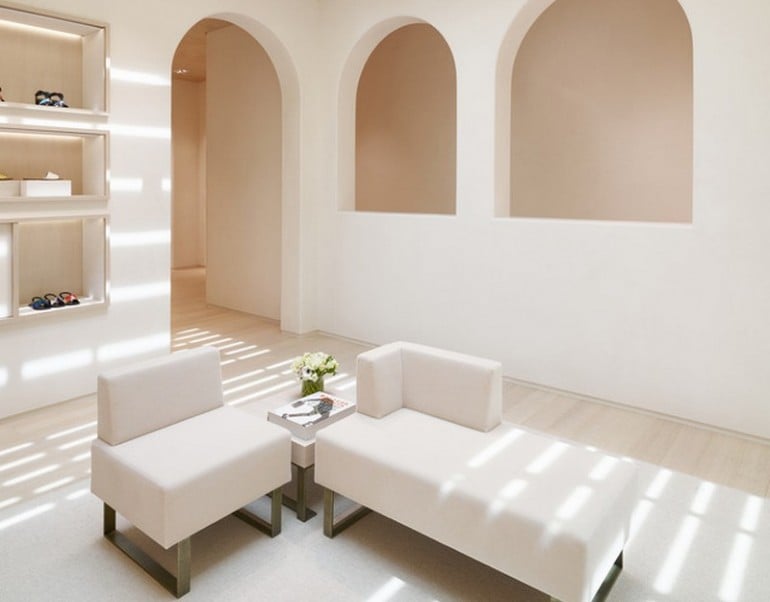 “For the last several decades my eye for this style of architecture has evolved following frequent visits to places such as Santa Barbara, Montecito and Pasadena,” Tomas Maier explained. “The restraint and proportion of the minimalist Spanish Colonial architecture – the lack of color, the simple complexity of the arches, the choice of stone – all contributed to the facade design and interiors for this Maison.”

“Bottega Veneta confirms its commitment to an ambitious development in the United States, focusing on Los Angeles, where the company opened one of its first boutiques in the late seventies on North Rodeo Drive, Beverly Hills,” said Carlo Alberto Beretta, Bottega Veneta CEO.