Following the successful launch of its lifestyle collection in Milan last year, Bugatti continues to establish itself as a luxury brand in the lifestyle sector with its first ever boutique in Knightsbridge, London. The high-performance automobiles manufacturer will offer an assortment of men’s clothing including the Bugatti Legends capsule limited-edition collection. 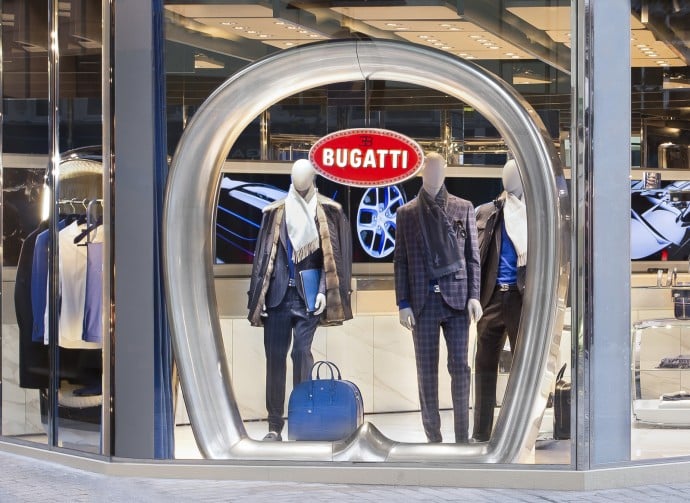 Located on Brompton Road, the flagship store is designed around the concept of “The Blue of London”. The exterior channels the brand’s signature blue color, with a three-meter aluminum arch modeled on the horseshoe radiator grille. The interior design of the boutique generously uses aluminum, wood, glass and carbon elements, all of which can also be found in Bugatti supercars. The Bugatti’s design DNA is further re-interpreted with the use of leather wall paneling and large shelving units featuring a riveted seam inspired by the fin of the legendary Type 57 SC Atlantic.

READ:  Gold Tourbillon cufflinks jazz up with rubies for this Christmas 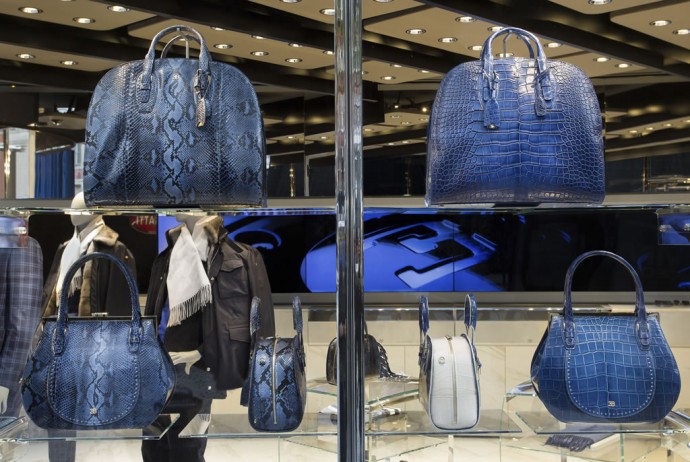 The brand brings the same sense of exclusivity of its supercars to its debut lifestyle venture. The current Autumn/Winter Collection at the boutique includes The EB-Ettore Bugatti Collection and The Bugatti-Performance Luxury Collection.
It will also offer a bespoke tailoring service exclusively for Bugatti customers. 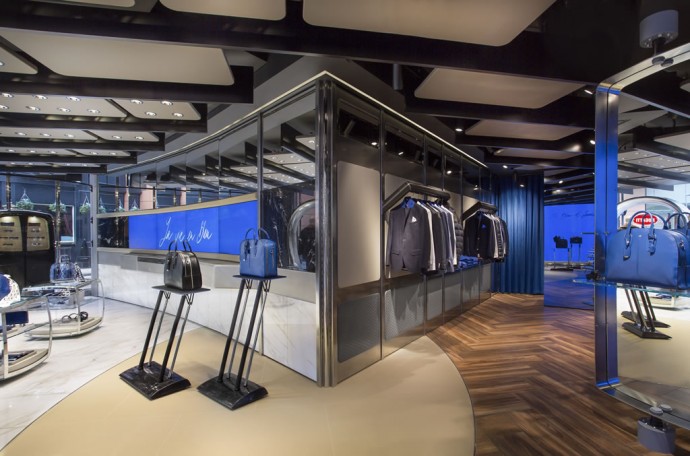 The automaker company has also announced its plans to open up to 30 additional stores starting from Tokyo, Dubai and Doha, followed by Paris and Milan. Bugatti plans to open its first U.S. store in 2016.

READ:  In Case You Missed It: Chopard introduced their first Happy Diamonds bag at Baselworld 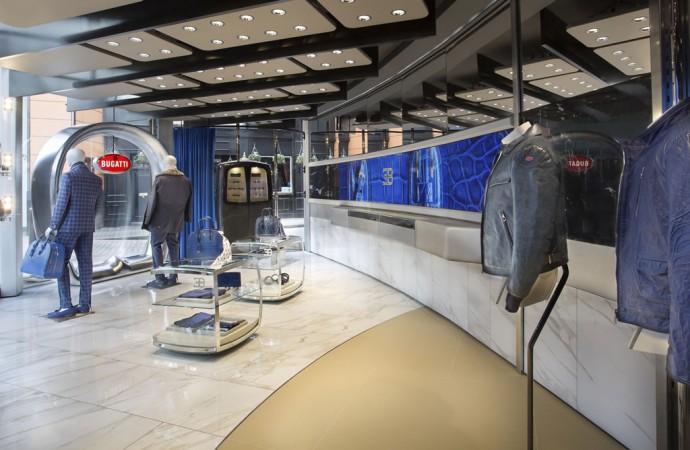 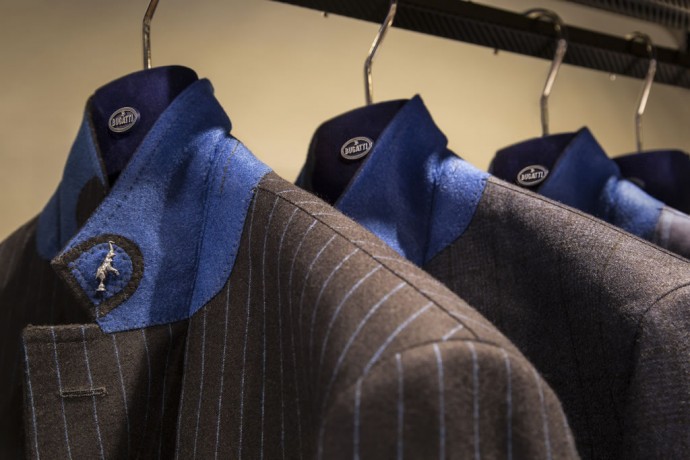 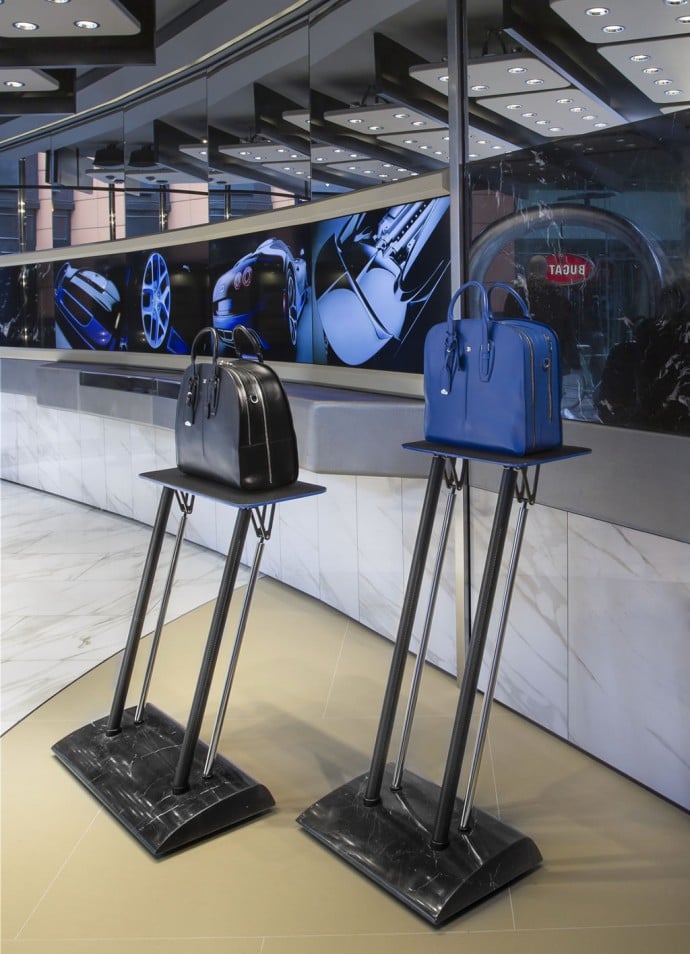