In the most tantalizing of teasers, Chanel has revealed that Cara Delevingne and Pharrell William will be starring in their latest project. Chanel’s images feature Cara clad in a fairy-tale inspired gown and Pharrell in a dress uniform channeling the royals, namely: Empress Elisabeth of Austria (Sisi) and Franz Joseph I, Emperor of Austria. The film titled Reincarnation is directed by Karl Largerfeld himself and will be screened at the Metiers d’Art show in Salzburg, Austria, on 2 December. 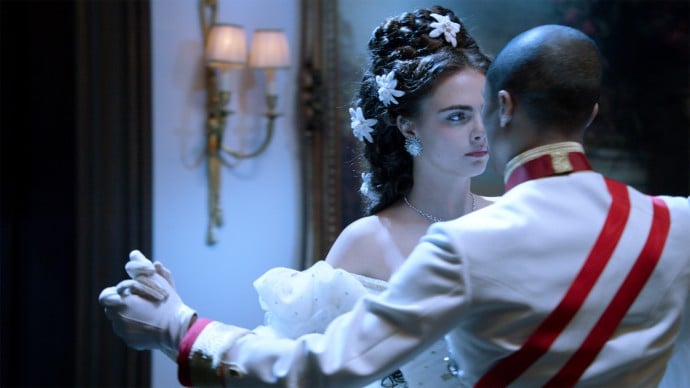 Reincarnation will be a tribute to Chanel’s trademark jacket which was inspired by the jacket worn by a lift attendant from a hotel near Salzburg in the 1950s. The film tells the story of how the humble uniform was reincarnated into a timeless piece of womenswear. 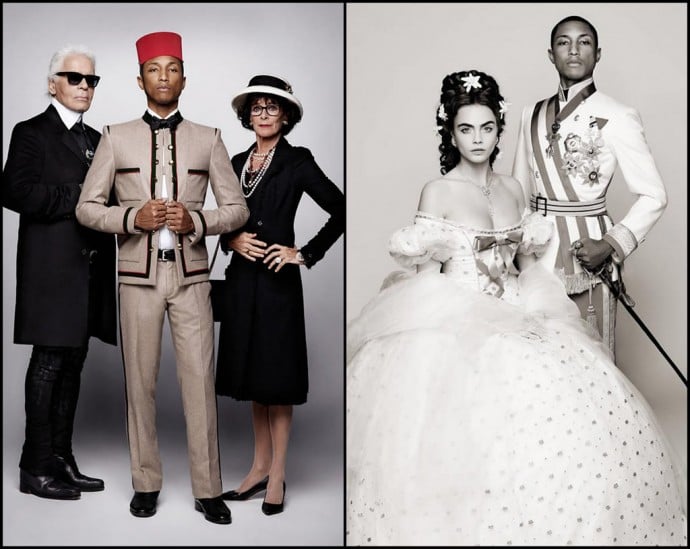 Cara and Pharrell will both appear in campaign imagery for the Metiers d’Art collection and an original song by the latter will feature in the film. Geraldine Chaplin will play the role of Coco Chanel herself while Pharrell will feature as the lift attendant whose uniform sparked the designer’s interest. Reportedly, the Hudson Kroenig, the six year old who has the distinction of being Largerfeld’s muse will also feature in the film.

Chanel has us on the edge of our seats with the promise of an exciting cast and plenty of Chanel clothes to look at. This might just be our favorite film of the year!