Paying homage to the diversity in women and how! Stellar stylist Carine Roitfeld summoned none other than creative-wizard Karl Lagerfeld for her first shoot as global creative director for Harper’s Bazar. In their third outing as a stylist-photographer duo together, the two created a drama-enthused series of photos featuring the latest from the houses of several top labels playing the perfect foil to their model counterparts, who posed against the starkness of a black background. The Chanel creative director yielded his camera yet again and artistically captured the juxtaposition amid the two. The spread opens with the classic Hollywood beauty Scarlett Johansson in glossy gold. Her Prada pinafore combined with a cardigan does cheeky-chic in its dichotomous look. 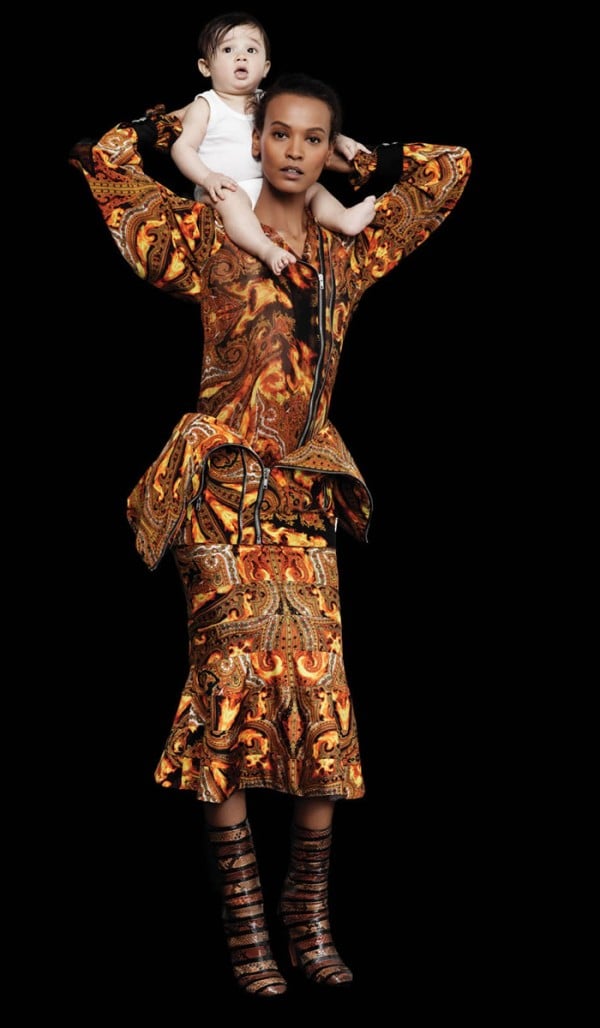 The shoot not only aimed to combine women of all shapes and ages but all spheres of life too. The Vicky Christina Barcelona star’s act is followed, in quick succession, by Liya Kedebe, supermodel and founder of the Liya Kedebe Foundation. The advocate for women and children worldwide blossoms as she poses with a baby in a Givenchy blouse, peplum, skirt, and boots. 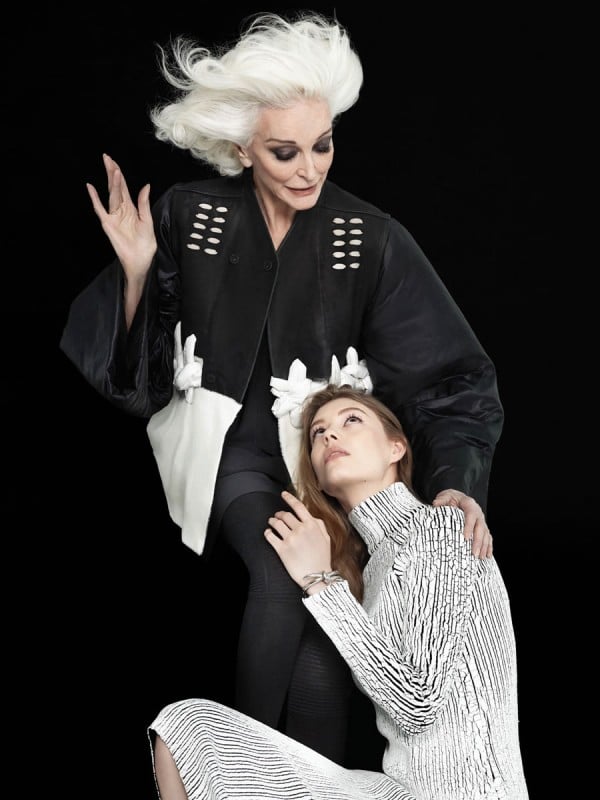 White-haired model Carmen Dell’Orefice, aged 82, makes her presence among the admirable assortment of women, almost admonishing albeit with style, a young Ondria Hardin. While the former rocks a Rick Owens jacket, tunic, and leggings, the latter gracefully mock-cowers in a Balenciaga sweater-skirt combo. 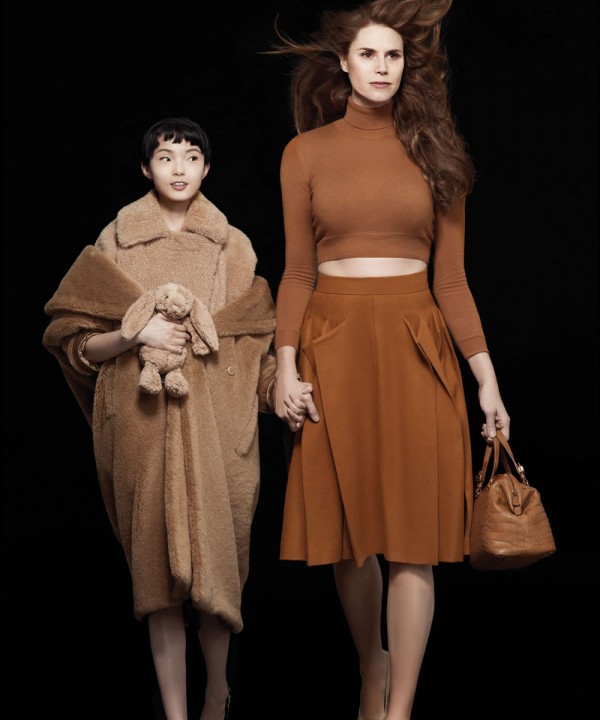 The six-foot-eight beauty, Erika Ervin, also known as “Amazon Eve,” for being the tallest in the business, strikes a nimble pose in a beautiful Bottega Veneta turtleneck, skirt, and bag. 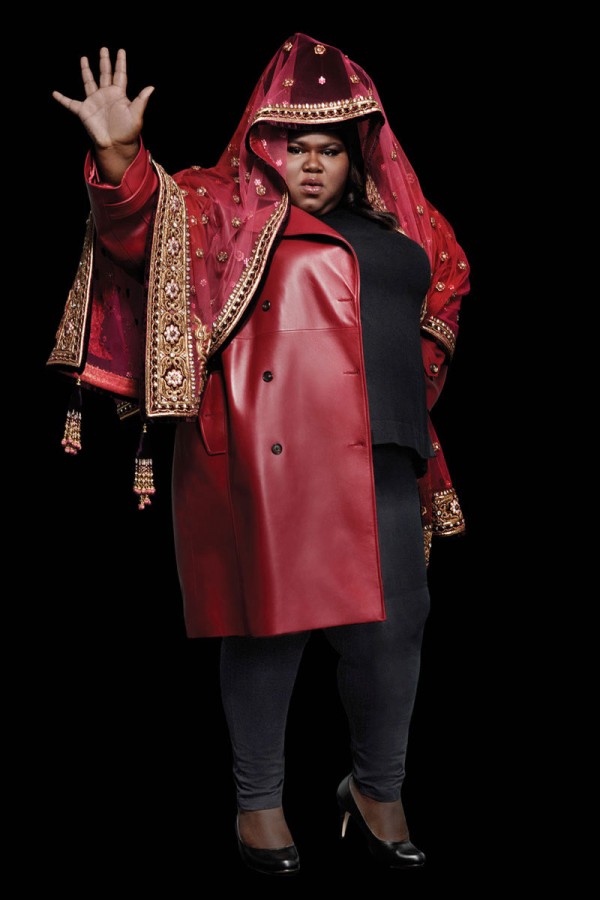 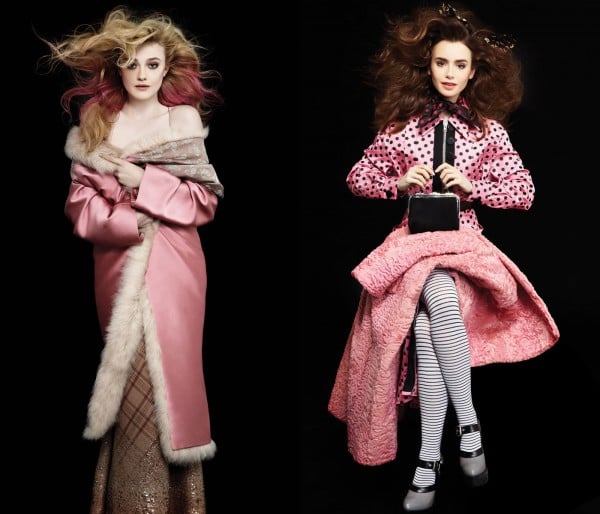 Other celebrities on the list include the young Lily Collins (sporting Giorgio Armani bag), free-spirited Zoë Kravitz (showing off Fendi coat, shoes, and bag), pop-princess Grimes as well as the dazzling Dakota Fanning (in Louis Vuitton dress and coat).

The latest Harper’s Bazar showcases the bevy of beauties in autumn/winter 2013 collections across all 26 of the glossy magazine’s worldwide editions.

[Via – Harpers Bazaar and Telegraph]