Being a bride brings with it a riot of emotions. Nervousness being one of them. But, when you look like a million bucks walking down the aisle, we think there’s little room for any nervousness or wedding jitters. Carolina Herrera, the most sought after fashion designer has answered the prayers of brides by launching her bridal wear! For the very first time in UK, these Carolina Herrera bridal gowns will be available at Moda Operandi. It’s a lot of firsts with this one as we hear it’s the first time Moda Operandi has gotten into bridal wear in such a major way. This move by Carolina Herrera is a part of their Brides-to-be can also have their couture wedding gowns shipped through Moda Operandi online. A Carolina Herrera Bridal trunk show will be held at Moda Operandi’s London store in Belgravia from 25th to 28th November. The alliance is in alignment to the American designer company’s focus on expanded global distribution. If this alliance wasn’t a great news already, shoppers will also be the first to pre-order gowns from the fall 2016 collection! While the designer has been broadening the presence of the label, Carolina Herrera New York, in London through Harrods it will shortly dedicate more space to the label in the coming months. 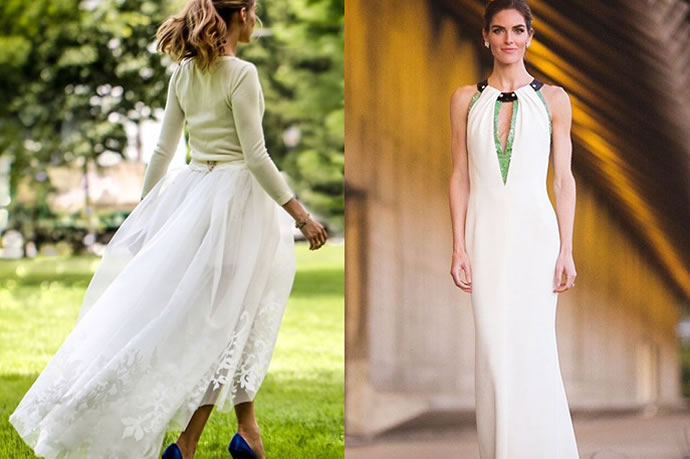 At the Moda Operandi store, brides-to-be can pick from designer fluid silhouettes with embellished intricate lace scallop necklines and a bodice that appears to have a panted motif courtesy the crystals and hand-placed on organza. Carolina Herrera’s signature styles also feature chantill and guipure lace appliques on tulle, and sheer layers and pleats. The fall collection also includes a palette of blush tones and nudes. Who wouldn’t look like a dream walking down the aisle in that! It has us drooling already.

With a history of designing bridal gowns since 1987, we can’t find a single reason why a Herrera bridal gown wouldn’t be the perfect attire for their big day!