Back in 2007, Christian Lacroix designed a festive a limited edition bottle for Evian, creating a brand new craze for collectible designer bottles. Since then, several eminent designers like Paul Smith, Diane Von Furstenberg, Issey Miyake, Kenzo and Alexander Wang have lent their creativity to Evian by designing special bottles that translates their aesthetic into a new medium. Lacroix and Evian are celebrating the tenth anniversary of that successful collaboration with an all new water bottle project: this time a 750 ml water bottle as well as a set of facial sprays. 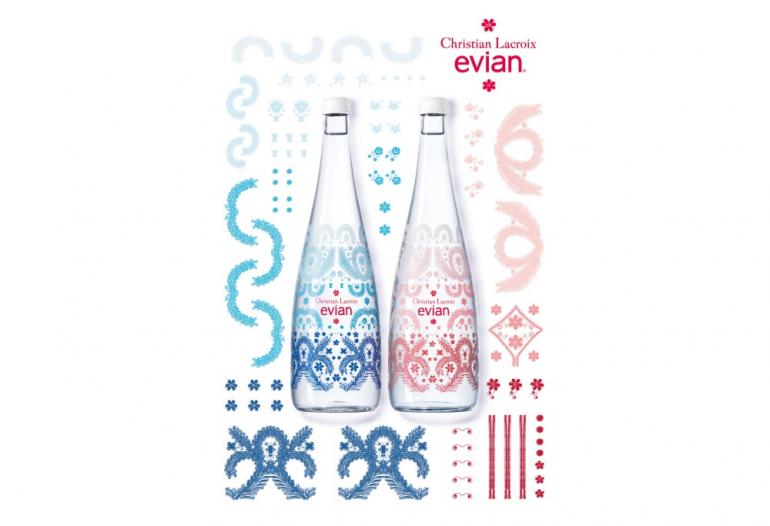 Lacroix creative director Sacha Walckhoff chose the colors pink and blue for the new designs because they remind him of the color spectrum in the sky during a sunset. The design itself is a pattern called Paseo which we first saw in 2002 on a red wedding dress at the Lacroix fall 2002 couture show. The intricate design features a series of curlicues and flowers and is seen on several of Lacroix’s products. “It’s a very flexible design, and it’s always done well,” Lacroix chief executive officer Nicolas Topiol said.

The new bottles as well as the facial spray were launched last week alongside Christian Lacroix’s homeware collection and will be available for purchase worldwide in selected hotels, cafes, restaurants, and retailers.

Tags from the story
Christian-Lacroix, Evian