Oh boy, love really seems to be in the air. Not in the filmy way though but in the field of fashion. Because while yesterday we spoke of Lanvin: I Love You, an homage to 125 years of Lanvin, next up is Givenchy’s To Audrey with Love, also releasing in October. 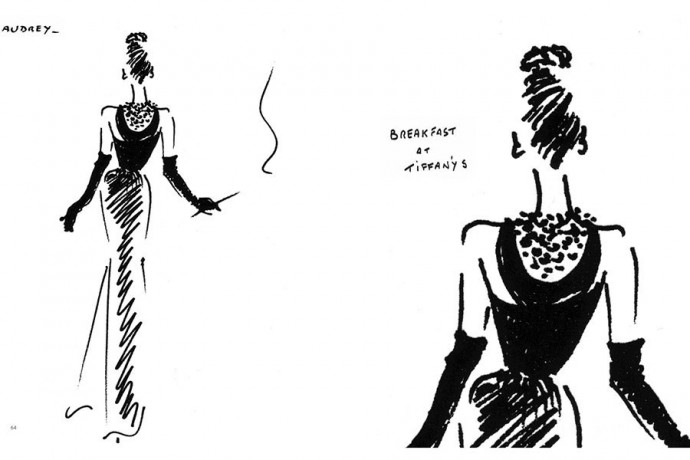 Hubert de Givenchy’s sketch of Audrey Hepburn in Breakfast at Tiffany’s is merely one of the many the couturier designed for her. It is a known fact that the late actress and fashion icon was a muse of the designer. “I wanted to make this little “Sketch Book” in memory of all the wonderful years we worked together,” said he of To Audrey with Love, a soon-to-release collection of unpublished sketches. “About thirty sketches in the book are dresses made for Audrey.” 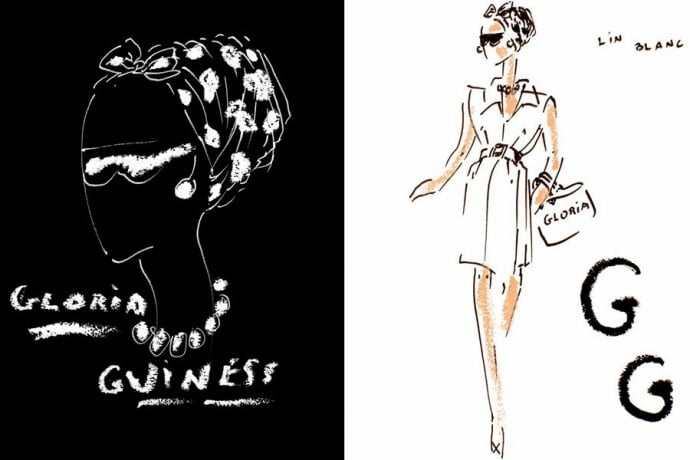 But besides the drawings for the iconic actress from Sabrina (1954), Funny Face (1957), Breakfast at Tiffany’s (1961) and How to steal a million (1966), these sketches designed with a marker and pastels also include those of Givenchy’s other famous clients, including Princess Grace of Monaco, the Duchess of Windsor, Jacqueline Kennedy Onassis, Elizabeth Taylor, Marlene Dietrich, and, Gloria Guinness. To Audrey with Love, priced at $150 is due out in October. So charmed are we already, we’d like to leave you with this beautifully illustrated book’s introduction. 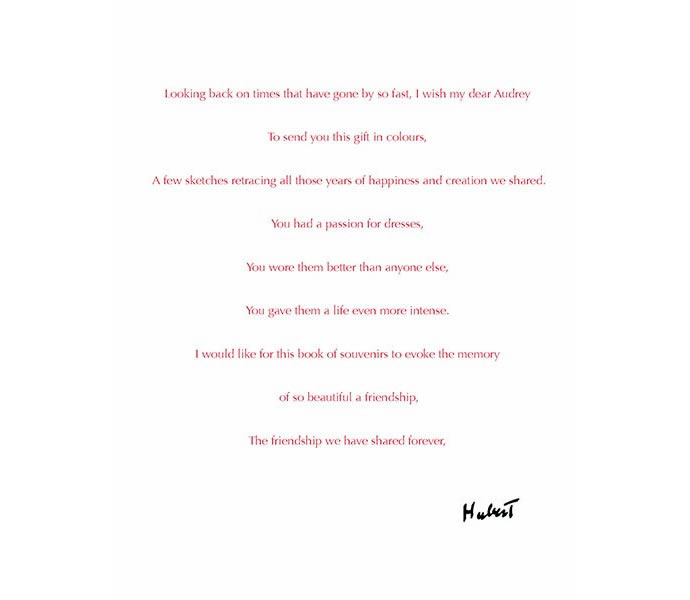