Israeli designer Elie Tahari has moved our iPhone from back pockets and handbags to our attire. The designer has put a unique spin on a classic LBD by creating a black mesh dress that is covered with more than 50 iPhones for his Spring 2015 collection that was unveiled during the New York Fashion Week. The debut of the dress coincided with the much-anticipated launch of the iPhone 6. However, the dress is adorned with its predecessor model, iPhone 5S.


The designer was inspired by the vision of Steve Jobs and his lasting impact on our everyday lives. Tahari decided to merge fashion and technology together for his latest collection as a tribute to the Apple founder. A model wearing the iPhone dress walked around the arena during the show, and since the dress is covered with iPhones it captured all the angles of the presentation. The entire presentation was live streamed on the designer’s website, with the iPhone dress capturing a 360-degree view of the show.

READ:  Is this the most expensive iPhone case ever? 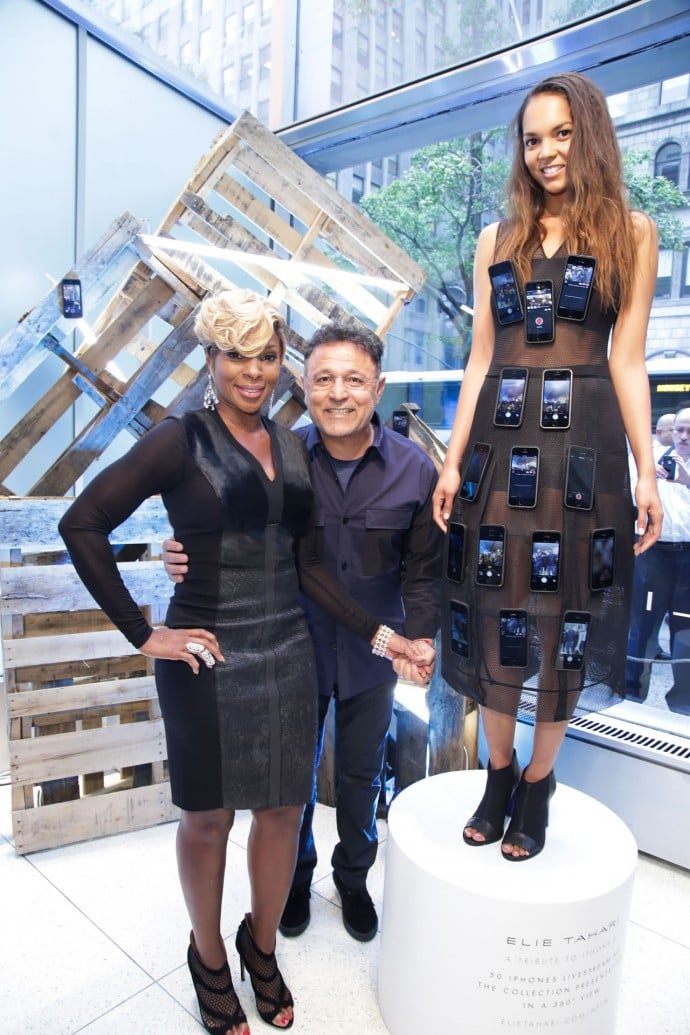