Louis Vuitton is a brand that is widely acclaimed for its entire portfolio of products. The brand has to its credit an endless list of buyers and admirers. And why not? For a brand that puts life into whatever it does, it’s bound to have numerous fans. Here, I’m trying to get to Louis Vuitton’s creative side, its window dressing capabilities, which in itself is a much-awaited event. Always surprising with the most creatively designed windows, the brand has already wowed everybody with Yayoi Kusama concept store windows, stylish conveyor belt idea, Diwali window, honey dripping window and LV-stylish creature window. Its recent window representation is even better, which brings back to life the extinct! Yes, dinosaurs invade the Louis Vuitton store windows this season.

The museum-like presentation would make any passer-by stop and take a second look at Louis Vuitton store windows. Dinosaur skeletons in antique gold weave an exotic look and feel, while the dark oak wood-built cabinets and accents add to the entire effect. 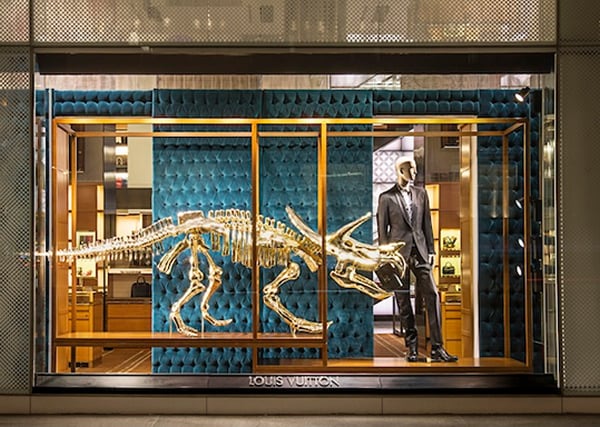 The merchandise (mainly bags) has been displayed in glass cases that have tags that identify the type and specification of each bag. The window mannequins sport the Louis Vuitton Pre-Fall 2013 collection. 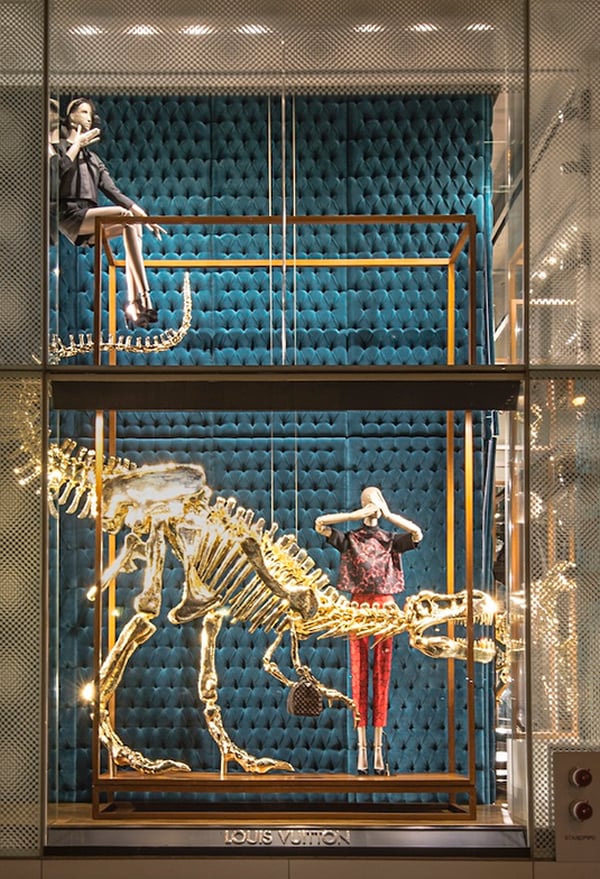 The idea was apparently inspired by a simple visit to the Natural History Museum in Paris’s Les Jardins des Plantes, where the remains of the biggest and most successful animal species ever to walk the Earth can be seen by fascinating crowds of adults and children alike.