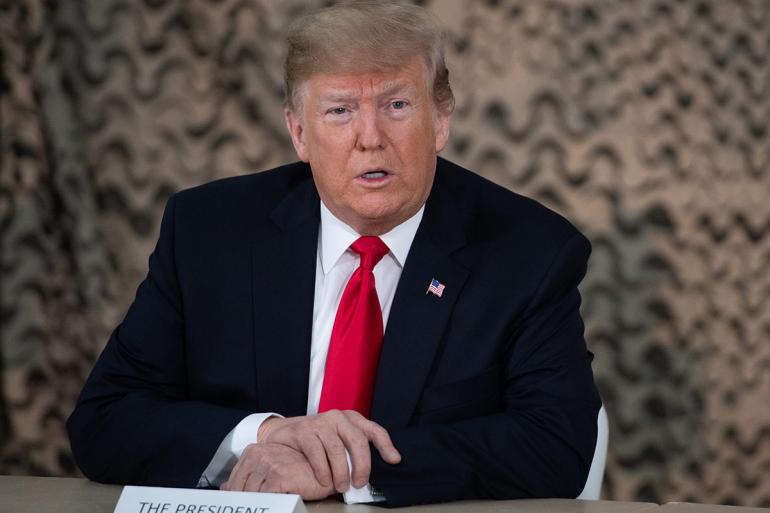 We’re talking about Sam Morrison – creator of President Flip Flops, who recently archived some of Donald Trump’s most debatable statements onto fashionable flip-flops and turned the whole drill into a business! The 27-year-old entrepreneur launched his shop on Sept. 5, 2017, and soon began selling Trump-themed footwear that categorically used the President’s most provoking statements in the form of prints. The red soled slides featuring a white upper come emblazoned with firing tweets that are hand printed o them using a heat press. The casual yet check footwear comes in for $27.99 each and plays mostly on the lines of Trump’s commentary on Syria, the Electoral College, and Sources.


Remarking on the quirky idea of selling Trump-Inspired footwear, Morrison stated, “Take a scroll through Donald Trump’s 40,000 tweets, and you’re sure to catch some contradicting opinions. I wanted to highlight this hypocrisy.” He further added, “I hand-printed all 1,000 pairs with a heat press, packaged and shipped everything myself, so it was a very time-intensive project.” The Trump’ed flip-flops are currently out of stock with no apparent plans of bringing them back soon. So, if you’ve missed buying these cheeky beauties, there’s nothing you can do but await their return!

READ:  Their story has it all - A split, a religious conversion and a ‘business deal’ romance. The highs and lows of Ivanka Trump and Jared Kushner, America’s ‘de facto first couple’