It is no secret that pop star turned designer Victoria Beckham loves her Birkin bags. Her expansive collection of the coveted Hermès handbags is valued at over $2 million and while the designer has claimed to be anti-fur she certainly possesses a love for exotic skins. Not only does she own a few croc leather Birkins, but her own accessory range also includes alligator skin handbags. 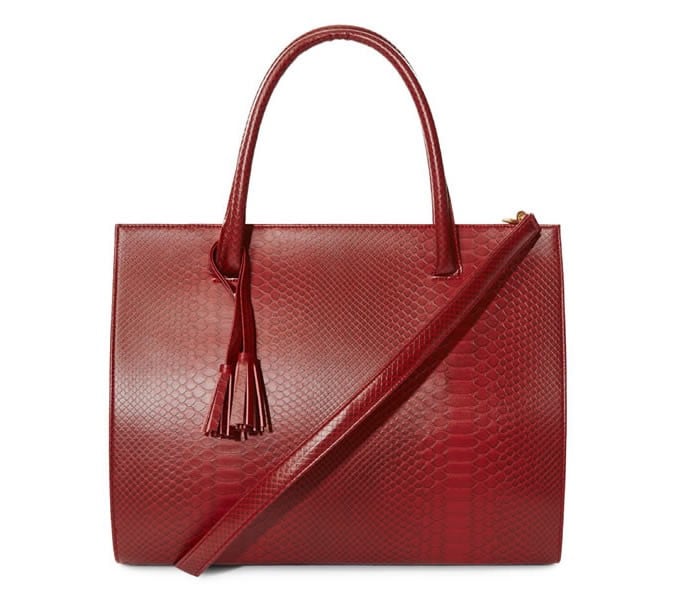 After exposing the cruel conditions in which crocodiles are reared at a Texas based Lone Star Alligator Farm, Peta has invited Posh Beckham to ditch the croc leather in favor of an animal friendly vegan alternative. In collaboration with Freedom of Animals they have created a special edition bag called the Virkin (Vegan-Birkin) made from made from mock-crock material that honestly looks every bit as stylish and luxurious as the real thing. 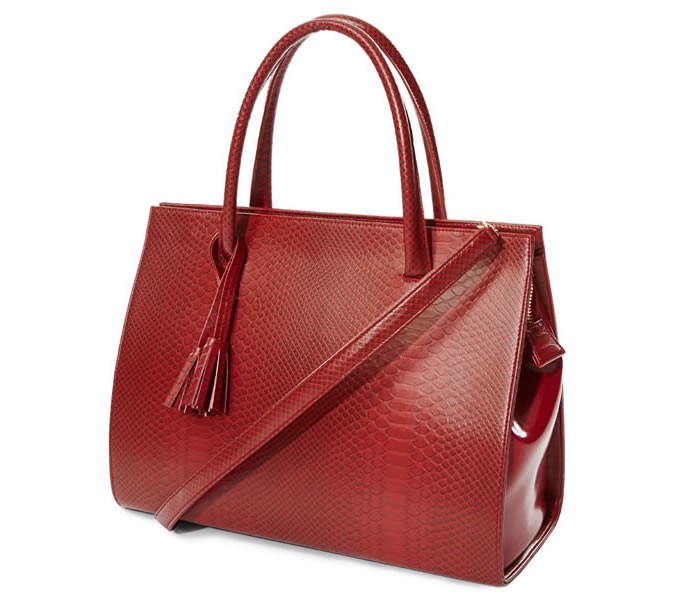 The rectangular bag sports a deep red color and little embellishment (a minimal design in keeping with Posh’s style) and features a jaunty tassel just to keep things fun. 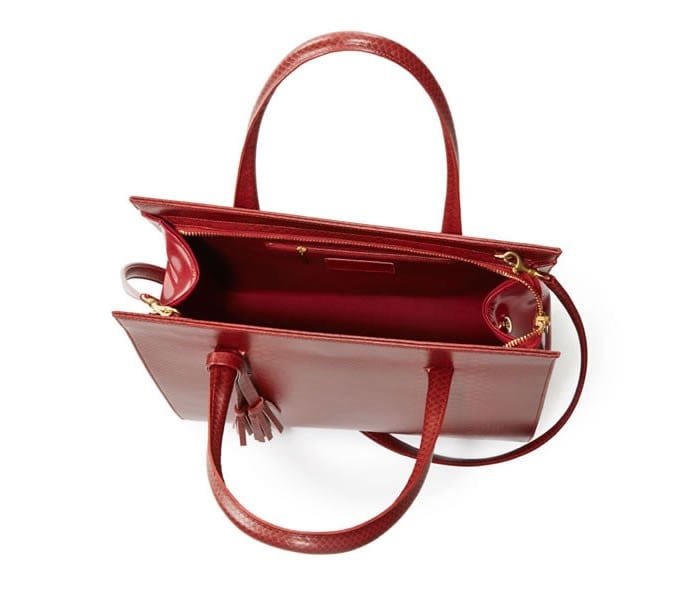 Victoria may not appreciate the gesture, but other animal lovers certainly will. The Virkin is priced at $400 and can be purchased online

[Available at – Freedom of Animals]