Anyone who loves the beach can’t deny being guilty of shopping at beachside surf shops or touristy souvenir stores at least once in their life. Nobody blames you, there’s something to be said about shopping for a brightly colored bathing suit right where you’ll use it. The marketing gurus at Emilio Pucci clearly had the same idea, because the brand is taking their well-known abstract prints to number of beaches across the Mediterranean. 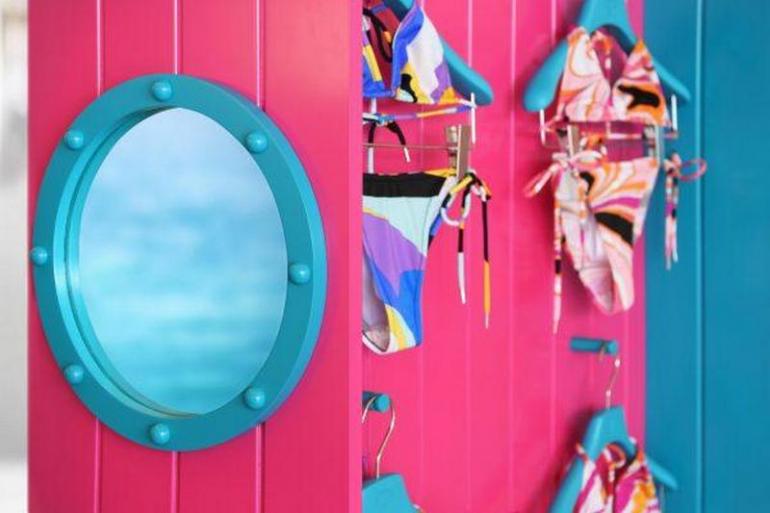 Called the Bikini Bar, Pucci’s pop-up shop will debut in Cannes during the city’s famous film festival. The pop-up will be a brightly colored changing room where the brand will showcase a collection of limited edition triangle tops and briefs with adjustable straps. The 19 exclusive prints will include both new and archival patterns.

After a stint in Cannes, the pop up will move to other destinations including Beirut, Capri, Mykonos, Taormina, Saint-Tropez and Porto Cervo. But if you’re not beach hopping across Europe the summer, never fear! The collection of swimwear will also be available for purchase on Pucci’s e-store for a limited period.

Tags from the story
Emilio-Pucci