Tommy Hilfiger has made news recently with its foray into virtual reality – named as v-commerce. When you happen to walk into a Tommy store, one may find themselves in the front row of the label’s fall fashion show that took place in New York earlier this year. How, you may ask? A virtual reality fixture in stores offers energized shoppers like you and me a three-dimensional front-row view of the show, via a Samsung GearVR headset. 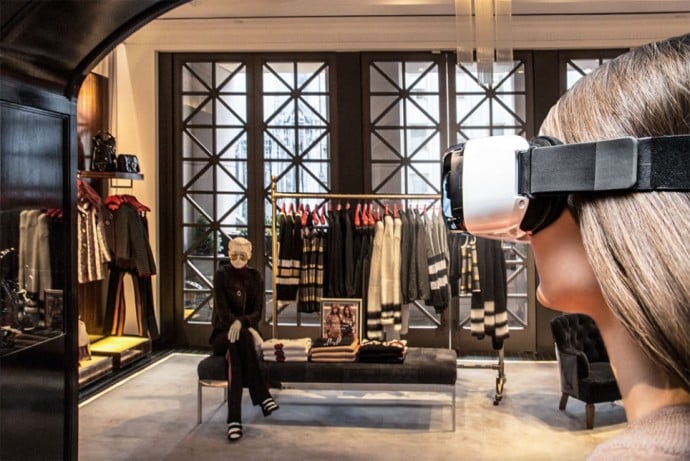 When a reporter donned a GearVR, they found themselves seated a few virtual steps away from models as they modeled down a football-themed runway. To create an even more realistic experience, above was the spacious ceiling of the Armory venue; and if you turned around there were rows of guests! 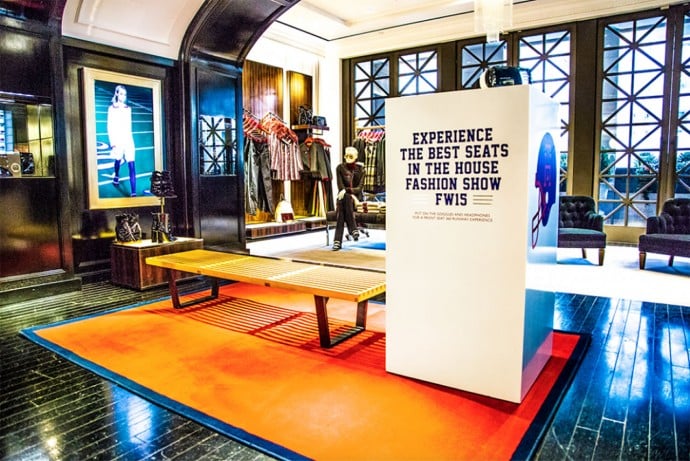 A Tommy Hilfiger-WeMakeVR (a Netherlands startup) collaboration was behind this concept, where the latter filmed the show using a 3-D camera fitted with 14 special lenses. Fascinatingly so, the lenses allow the camera to capture video in 360 degrees both vertically and horizontally, with no blind spots.

Of course, the main aim behind this novel-fangled idea was to allow shoppers to view and shop the season’s runway styles. The headsets, which will be installed in the brand’s biggest flagship stores in the US and Europe, would definitely infuse entertainment into current Tommy Hilfiger stores.