Fendi has always been synonymous with quality, tradition, experimentation and creativity. The Spring/Summer 2016 advertising campaign pays homage to Fendi’s DNA and perfectly embodies the collection itself, pure eclecticism and layered luxury built around a harmonious blend of avant-garde experimentation and master artisanship. 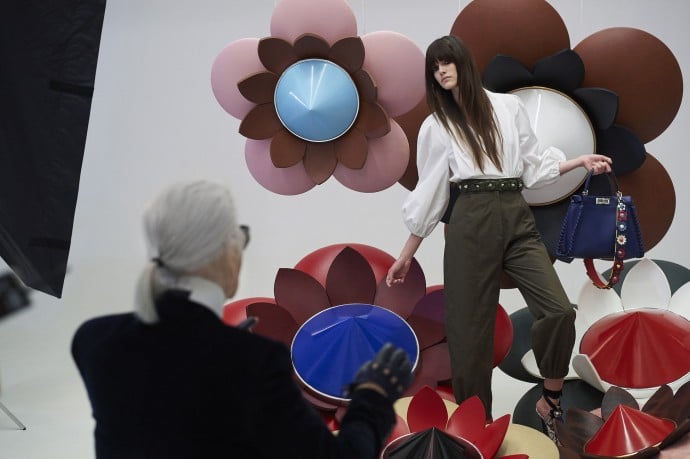 Karl Lagerfeld captured his muses Edie Campbell and Vanessa Moody for Fendi Spring/Summer 2016 ad campaign, styled by Charlotte Stockdale. He really knows how to keep his fashion fans on their toes. It is not just the burst of colour and fresh flowers but much beyond 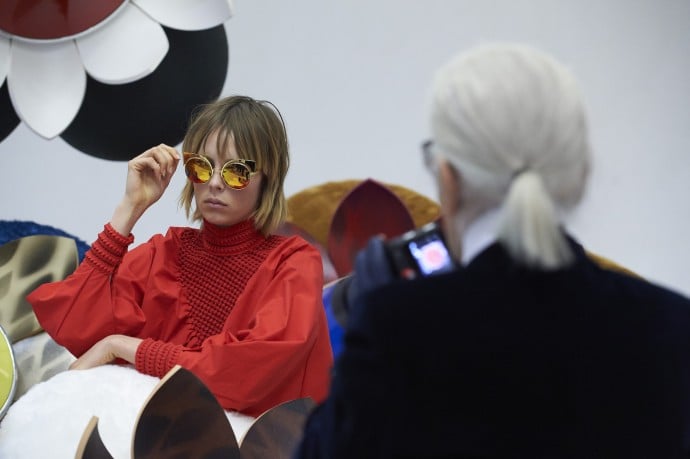 An explosion of flowers that mirror the collection’s motifs in studded leather, fur and plexi. Blooming from short dresses to fur coats, bags, accessories and shoes these flowers are never too girly or childish for a strong Fendi woman. 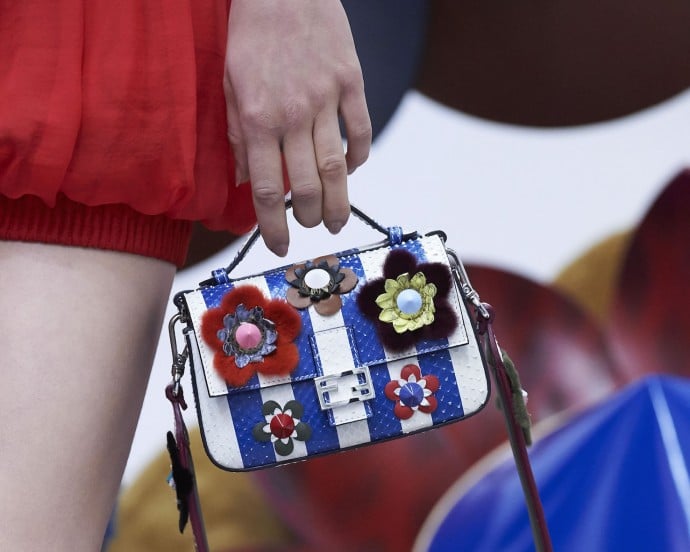 Paired with natural hair and makeup, the combination results in series of spectacular and contemporary images. The campaign showcases Fendi’s iconic handbags like the Peekaboo, also in its new reinvented mini version, the By the Way, the Micro Baguette and the newly introduced Dotcom, Lei and Baguette in its micro double version 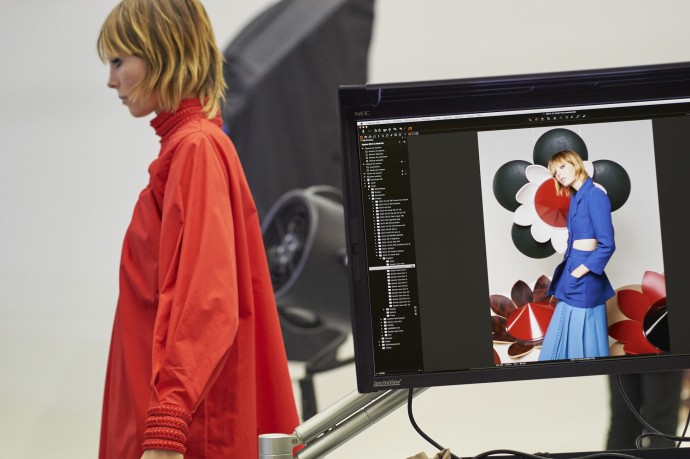 “For Fendi Spring/Summer 2016 advertising campaign, I chose to play with the exaggerated-scale version of the graphic flowers of the Collection, which is all about new volumes, contrasts and a new femininity. Edie and Vanessa are the girls of the moment, each with a different style representing the typical model of fashion of today and the woman I thought of for this collection is the one who can identify herself with these girls,” states Karl Lagerfeld.

Giving a delicate touch with a graphic twist, in the typical Fendi way, all set in an explosion of flowers. Fendi’s 2016 Spring/Summer advertising campaign breaks in February 2016 issues of worldwide publications.
I bet you can’t resist watching the campaign!