Fendi recently celebrated a landmark anniversary, and as you can imagine, they did it in style! The anniversary celebrations took place in Rome on the 7th of July, beginning with a cocktail party at the San Luca Academy inside Palazzo Carpegna. The party also marked the launch of the Fendi Roma book, a volume that explores Fendi’s history, identity, and Maison’s connection with the city of Rome. 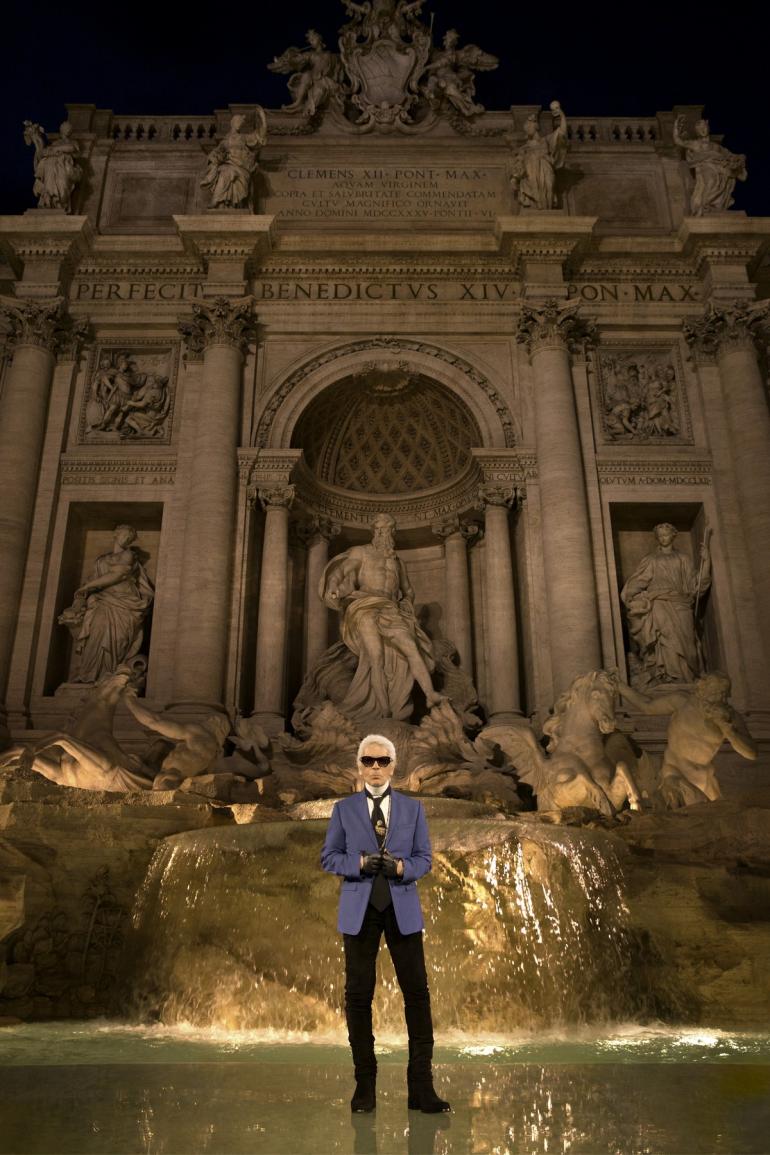 The extravagant celebrations continued later with a never seen before a fashion show at the Trevi Fountain, showcasing the Legends and Fairytales Haute Fourrure Collection, designed by Karl Lagerfeld. Kendall Jenner and Bella Hadid were among the models who walked the transparent runway placed on top of the water. With lights shimmering off the water and models clad in fairy tale outfits, the atmosphere was magical. The guest list included stars like Kate Hudson, Bella Thorne, Gong Li, and models like Lotte Moss and Linsay Wixson.

The fashion show was followed by a dinner at Terrazza del Pincio in Villa Borghese. Guests walked through a corridor that was adorned with Karl Lagerfeld’s sketches since 1965. A special artwork called Gust of Wind conceived by the internationally renowned designer Paul Cocksedge Studio. A circular “FENDI fountain” was constructed at the dinner venue to emphasize the historic bond between FENDI and the roman fountains. The evening ended with a special performance by Giorgio Moroder. 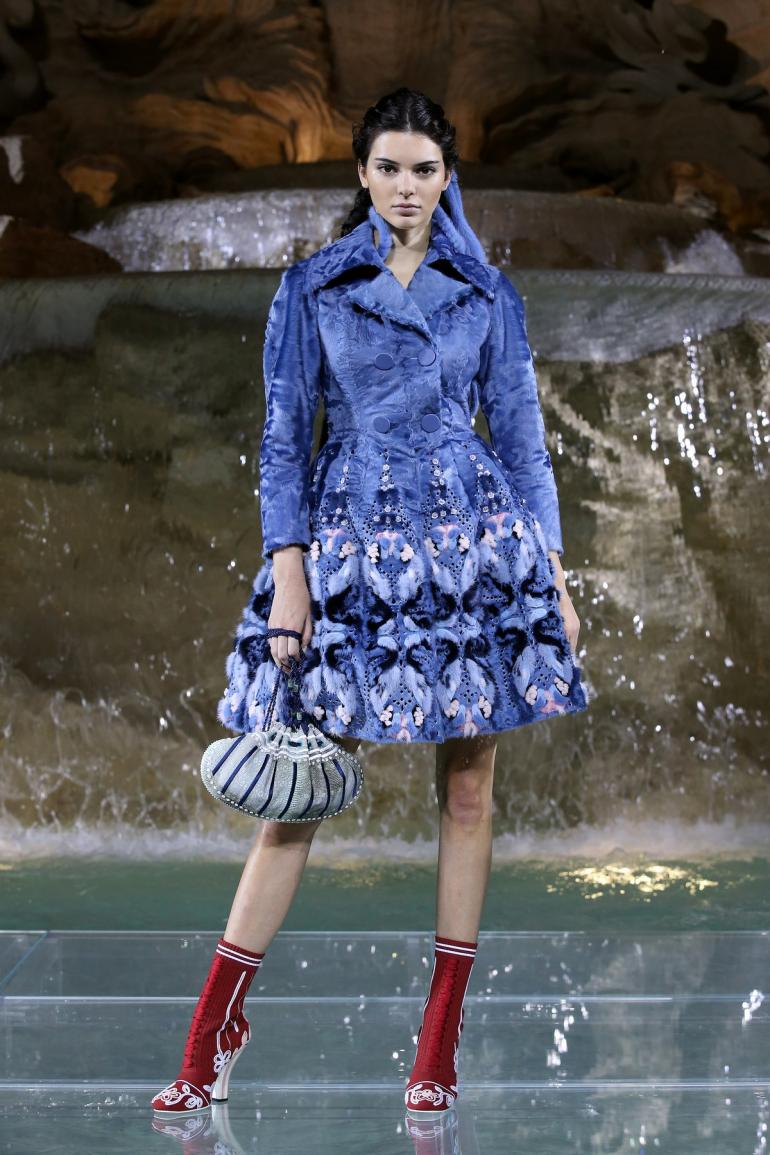 In honor of the anniversary, Fendi has also created the Peekaboo 90 Years, a one-of-a-kind bag designed by Silvia Venturini Fendi made entirely by hand and limited to only 60 pieces. For the occasion, Fendi has dressed the windows of Palazzo FENDI boutique with special papercraft techniques that have been used to illustrate the story of the Maison, where suitcases become the cover of giant books and paper miniatures, examples of fine craftsmanship, represent the five Fendi sisters, Karl Lagerfeld and Silvia Venturini Fendi.

Tags from the story
Fendi