“It was a great honor to represent my country and the people of Brazil in this celebration carrying the LV FIFA Trophy Case. It’s beautiful to see how sport has the power to bring the world together. I am so grateful to be part of this moment. Thank you all Brazilians who have welcomed the world with all their joy and loving spirit.” Gisele Bündchen said in a press release. 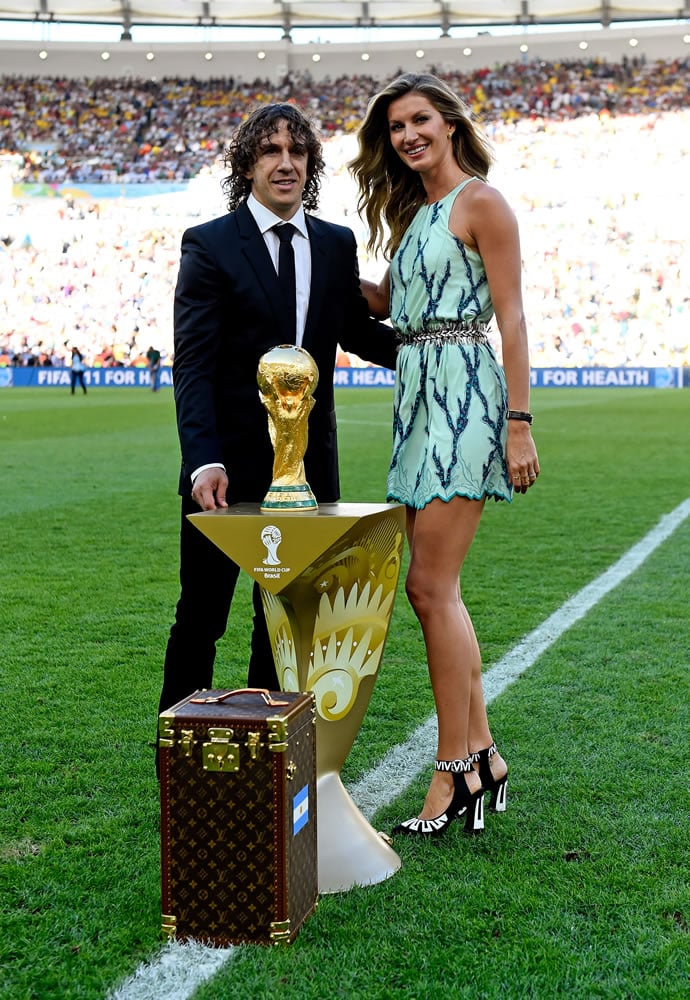 The final match was played between Germany and Argentina, when Germany emerged as world champions. In just a few days, the gold trophy and its official Louis Vuitton trunk will leave Brazil for Germany, where it will remain until the next World Cup to be held in 2018 in Russia.