Collaboration trainers are the source of much of the resell industry’s value. Many of these trainers are hyped for months, and when they finally drop, they’re sold out in minutes. That’s where the boggling sneaker resale market comes in, bringing with it a huge jump in price. Sites like Goat and StockX bridge the gap between customers hungry to purchase streetwear fashion trends – also known as “hypebeasts” – and the scarcity of these styles. Collaboration trainers can make prices spike up by a couple hundred dollars, or by a thousand … or even more.

What’s all the hype?

The Sacai x Nike collection
This fusion between Nike and the Japanese fashion label Sacai is a prime example of this phenomenon. It features two Nike shoes fused together, for a result of “double” everything: swooshes, tongues and laces. They come in several iterations, all retailing at an original price of US$140 to US$160 on the Nike website.
Now you can now find them at places like Stadium Goods, Goat and StockX for upwards of US$300. And that’s on the low end – some of the Nike x Sacai designs appear for over US$800.

The Nike Travis Scott x Air Jordan 1
Thus collaboration was originally seen on the Nike website for US$175, but if you want to score a pair now, StockX lists them at around US$1,000. Goat, another resale industry giant, lists them at US$800 for a used pair and US$865 for a new pair. Even used, these trainers clearly have the value that only scarcity can provide. 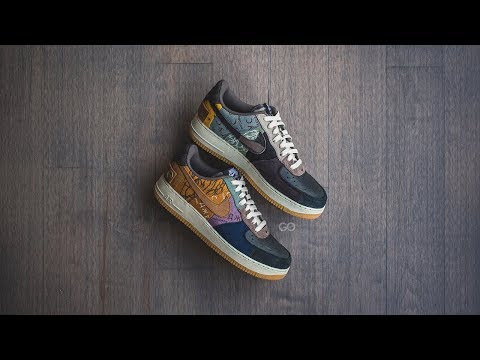 Yeezy shoes
A collaboration between Kanye West and Adidas, Yeezy-branded shoes are another well-known example of this drastic mark-up on the resale market. The Nike Air Yeezy Zen Grey was originally listed at US$250, but its resale value is US$2,139 – nearly an 800 per cent mark-up. The Adidas Yeezy Boost 350 V2 Black Reflective originally sold for US$220 and is now available from resale stores for US$1,437. The Adidas Yeezy Boost 350 V2 Cloud White Reflective, which was released just a month ago in September 2019, originally sold for US$220, and is now being resold for US$700.

After all those 700 to 800 per cent mark-ups, a doubling in value looks almost reasonable.

More madness
There is no end to these extreme examples. A pair of Yeezy Boosts originally retailed for US$300 and were resold for US$1,239. The Nike Air Fear of God 1 Sail retailed originally for US$350, and is now available on the resale market for prices ranging from US$400 to over US$1,000.

The reason for the huge mark-up is the limited availability of these trainers; fuelled by hype, and immediately recognisable as a status symbol, these trainers are frequently swept off the market within days if not hours. The sales of resale trainers now account for more than US$2 billion each year.

In 2018, North Carolina Tar Heels football players took it upon themselves to sell their limited team exclusive Air Jordan 3 Retros for US$2,500 per pair – a huge mark-up from the original, non-limited style, which retails at US$190. The team-exclusive ones are similar to the original, only with the team logo on the tongue, and with a Tar Heels blue-and-white colour scheme.

It’s all economics
Consistent throughout human history, an imbalance between supply and demand has always been one of the main drivers of an object’s desirability – the existence of the diamond industry is just the most dazzling proof of this. The idea that something is in short supply hooks into the innate human desire to own something exclusive – to be one of the chosen few, and the object of envy of one’s peers.
Since the resale market is largely unregulated as of this moment, the trajectory of this industry can be seen as a case study in human psychology: How far will someone go to own the most exclusive collaboration sneaker? As the enormous mark-ups show, very far indeed.