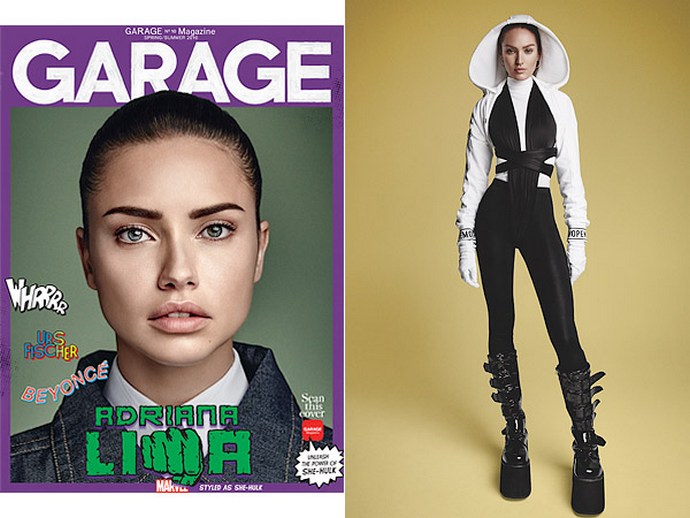 The shoot was styled by Charlotte Stockdale with Pat McGrath as the make-up artist. Karlie Kloss who appears as the Black widow said of her character, “She’s a spy and athlete — an all-around power woman.” She went on to add, “Role models come in many forms, from fictional superheroes to incredible businesswomen to strong female athletes. It’s important that young girls have fierce and strong role models to look up to, and that’s what this project is really about.” 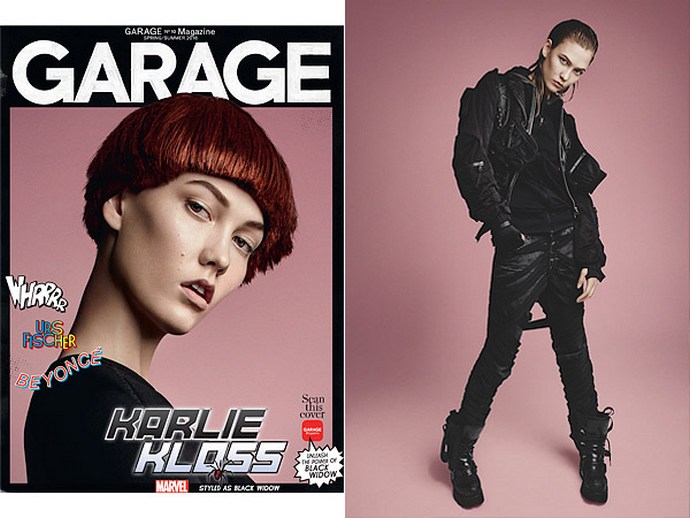 Adriana Lima who channels She-Hulk stated, “I think it’s very important that children, young girls specifically, are exposed to strong and diverse female role models in art, literature, entertainment and of course, real life. After all, we all know who the stronger species is!”

As for the other models, Candice Swanepoel portrays Spider-Gwen and Lexi Boling appears as Captain Marvel while Cuba Tornado Scott plays Thor.

Tags from the story
Magazines