Google I/O saw the announcement of the incredibly impressive Levi’s Commuter x Jacquard by Google Trucker Jacket, basically a smart jacket that doesn’t look anything out of the ordinary. Keeping the svelte clothing choices of modern cyclists in mind, the jacket is lean and doesn’t have even the slightest hint of smart technology incorporated in its weave. It’s been a year since Google’s Advanced Technology and Products Group has been working in line with Levi Strauss & Co. The collaboration has been named Project Jacquard.

The resulting jacket is nothing short of amazing, both in design and utility for the ever-moving contemporary cyclist. The jacket is enabled to provide directional guidance to riders, update them on nearby places, toggle music settings as well as answer calls without getting their hands off the handle. This is made possible by the many multi-touch sensors that are woven into the fabric of the jacket. Simple gesture controls help the user communicate with the jacket, which in turn acts as an input in their device. 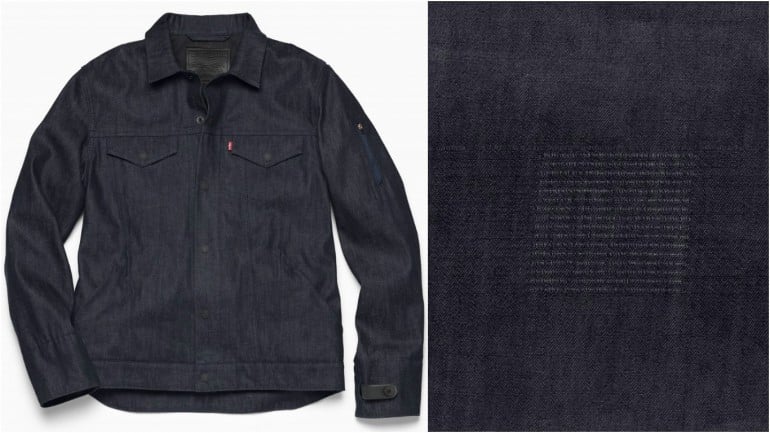 The jacket is presently under beta testing and is expected to arrive in stores by Spring 2017.

Tags from the story
Google, Levis