With the advent of technology, we rarely rely on pens for writing anymore, but still, high-end luxury fountain pens can never lose its desirability and go out of vogue. The Graf von Faber-Castell pen of the year 2014 is one such example of luxe writing instrument which has been made of gold, quartz, and jasper. It draws inspiration from Russia’s Catherine Palace, and paying homage to the Agate Rooms of the palace, the Pen of the Year brings alive the lustre and aesthetic of Victorian era. Though the structure of the pen is similar to the high-end wiring instruments we have seen before by Faber-Castell like the diamond studded fountain pen and the pen of the year 2007, but master craftsman Boris Igdalov designed the motifs on this beautiful pen which is available in two versions. 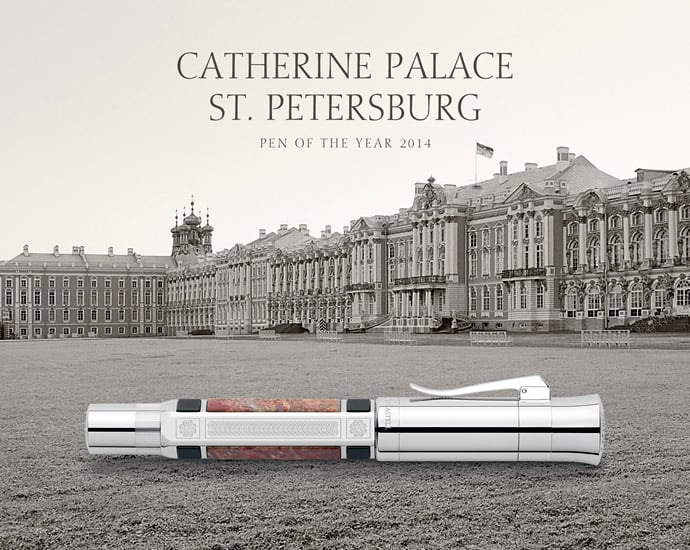 Both the versions of the fountain pens have red-brown, lustrous jasper in common, but the regular version’s red jasper adorns its platinum-plated barrel while its cap is embellished with Russian quartz. 1000 examples will be sold of the regular version which has been priced at €3200 ($4350). The special version is made with 24-karat gold and has an 18-karat gold nib. Quartz and jasper stones decorate the exterior of the pen and it is equipped with a plunger mechanism that has a rotary knob. The special version is limited to 150 in number and is priced at $9,500. 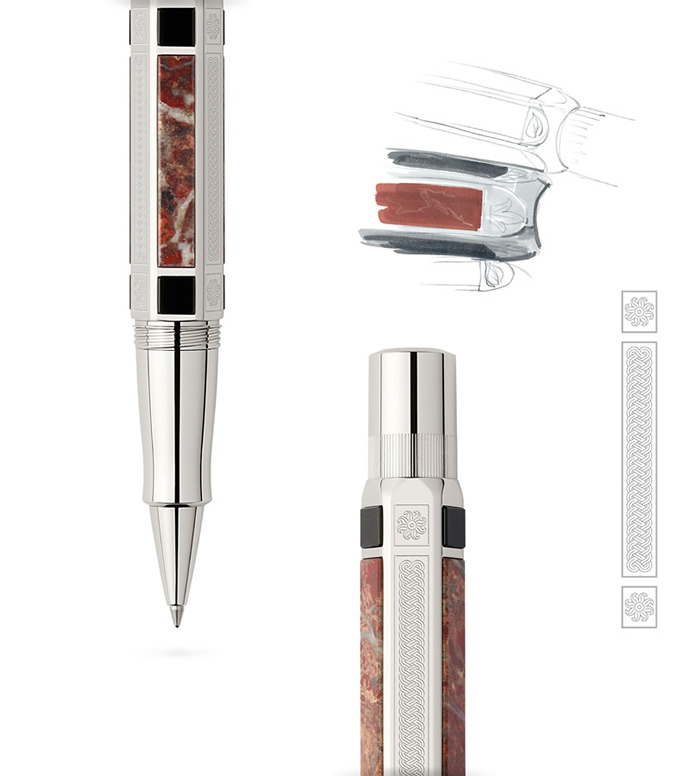 Tags from the story
Faber-Castell, Writing-Instruments