It’s time for the iMask! While we await the new tech wonder by Apple, the marquee has gone on to create a face covering in the interim instead. Designed by a team of iPhone engineers, we are talking about unique face masks that have been specially created for Apple’s retail employees.

Ideal for daily wear, the masks are white in color and come in a range of sizes. They can be washed up to five times and can be worn for eight hours before needing to be cleaned. Apple’s novel face covering also has an adapter to hold it on the back of the head, although, wearers can also hook the straps behind their ears. 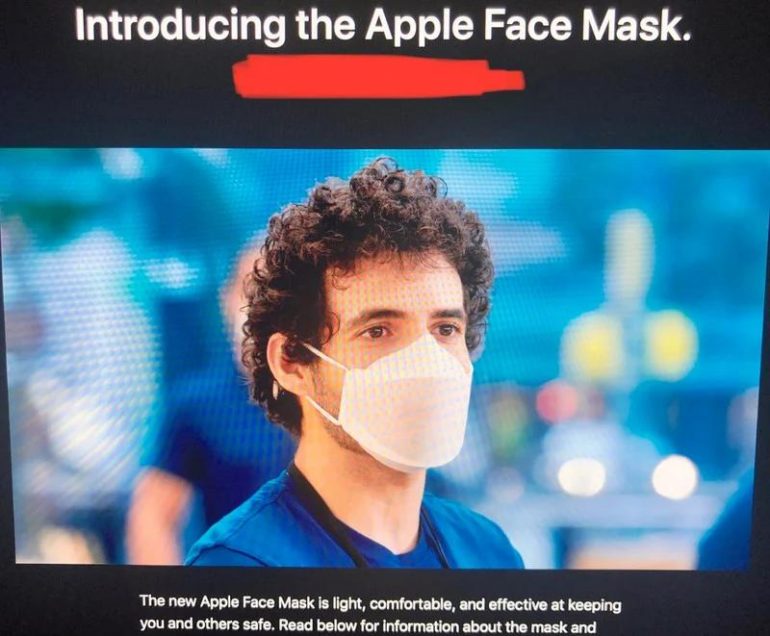 A YouTuber named Jack recently unboxed the Apple mask in a video. The clip showed him holding a white box that read, ‘Designed by Apple in California,’. While undoing the packaging, Jack mentioned: ‘It looks cool that’s for sure,’ while further adding, ‘It feels very secure. As far as breathing is concerned, I’d say it is fairly comparable to a surgical mask…I definitely feel more sealed off than a standard surgical mask.’ 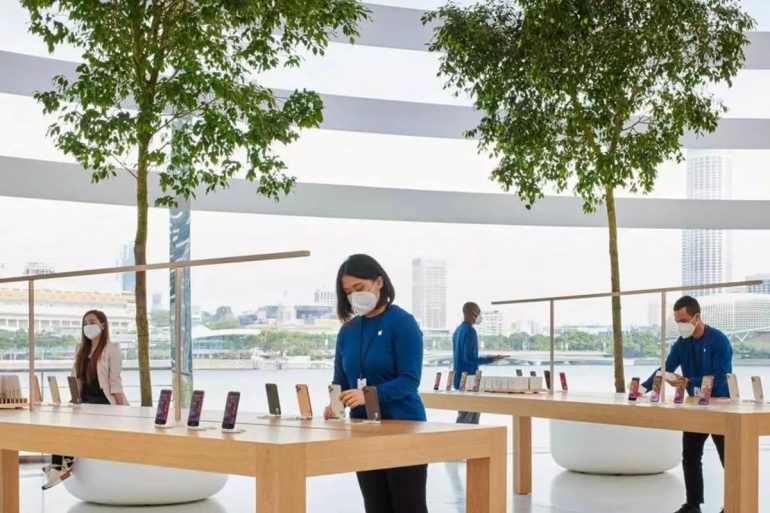 The protective gear comes with a centerpiece, another that reaches under the chin and a third extends over the nose where the pinch point is. It is currently available for Apple’s corporate and retail workers and not to the public. Lucky, if you’re working at Apple!

Tags from the story
Apple, Coronavirus