Romeo Beckham, the second son of British power couple Victoria and David Beckham, is winning hearts once again in Burberry’s Christmas campaign. Last year, the young prodigy appeared alongside models du jour Cara Delevingne and Edie Campbell in Burberry’s S/S 2013 campaigns and this year, he cements his status as a Burberry darling in the iconic British brand’s festive campaign titled From London, With Love.


The 12 year old dons some classic Burberry threads including the famous tan trench coat and the checked scarf as he dances alongside 50 seasoned professionals in the video. He held his own even when surrounded by big names like Sophie Ellis-Bextor, Sam Rollinson and Alice Naylor Leyland. Burberry’s Chief Creative Officer had nothing but praise for Romeo and stated, “It continues to be an utter joy working with Romeo – he has charm, style and energy. I’m delighted that he’s the lead role in our festive campaign.” 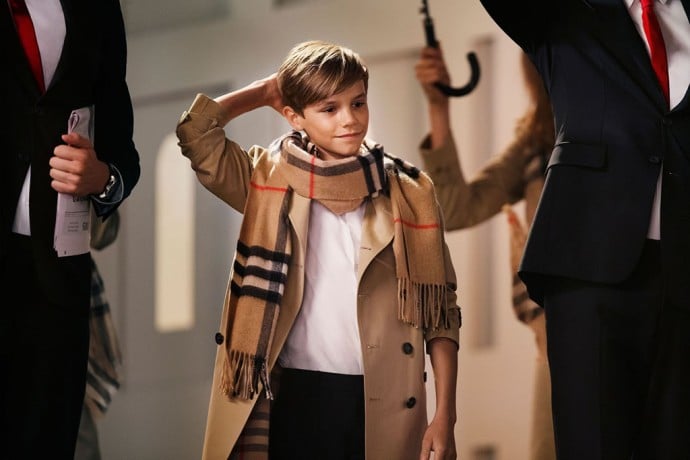 It seems more and more like the middle son will follow mom Victoria into the fashion industry. With two Burberry campaigns already under his belt, he’s certainly not riding his parent’s coattails anymore! After Cara Delevingne, Romeo might just be Britain’s next high fashion face.

Tags from the story
Burberry