Jaden Smith has been chosen to be the face of Louis Vuitton. The actor and rapper is seen in Louis Vuitton’s S/S 2016 campaign sporting a moto jacket, a fringed shirt and a black skirt covered with metallic details. Jaden is a pro at rocking unexpected outfits with ease; he has worn dresses and skirts on a number of occasions and even attended Kim Kardashian and Kanye West’s wedding clad in a Batman costume. 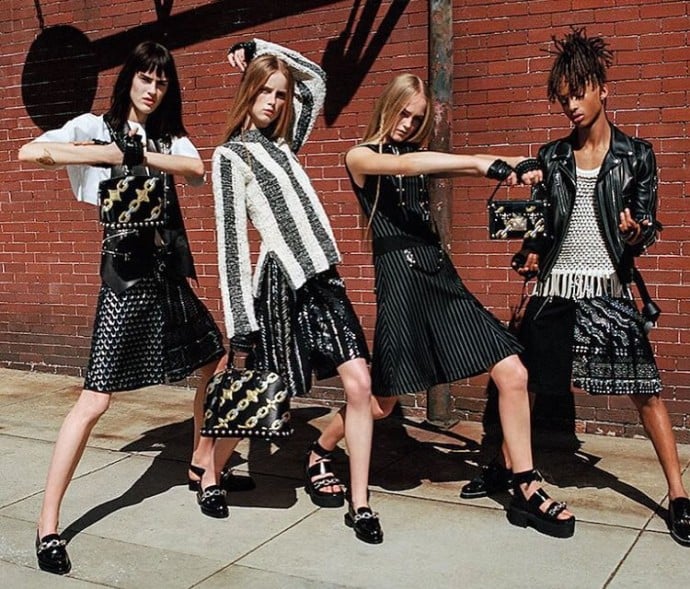 LV Creative Director Nicolas Ghesquière broke the news to the world via Instagram with an artsy image of Jaden in his LV threads with the caption: “Happy to introduce Jaden Smith @christiaingrey in the new SS16 @louisvuitton ad Campaign photographed by Bruce Weber.” In another image Jaden is seen alongside Sarah Brannon, Rianne Van Rompaey, and Jean Campbell.

What would really blow our minds though is if Jaden joined Lightning in a sci-fi inspired adventure while wearing Louis Vuitton’s ultra-futuristic S/S 2016 collection.