Some luxury brands and designers may like to reproduce exotic stripes and spotted animal patterns on fabrics, but Japanese Zoo fundraising group Mineko Club entrusted the wild creative side of its fierce inhabitants to design the latest haute couture. ‘Design’ is a stretch considering the wild animals chewed, gnawed and clawed the denim material that was later made into pair of jeans.

Volunteers at the zoo wrapped denim material around tires and giant rubber balls and tossed it into the animals’ compounds at Kamine zoo in Hitachi, Japan. The animals went wild and ripped off the denim material. The ravaged denim was then made into four pairs of jeans, for its sale to benefit the World Wildlife Fund as well as the zoo. According to an excerpt on the group’s website, “The wild rips and tears in Zoo Jeans have been created with pure animal instinct.” 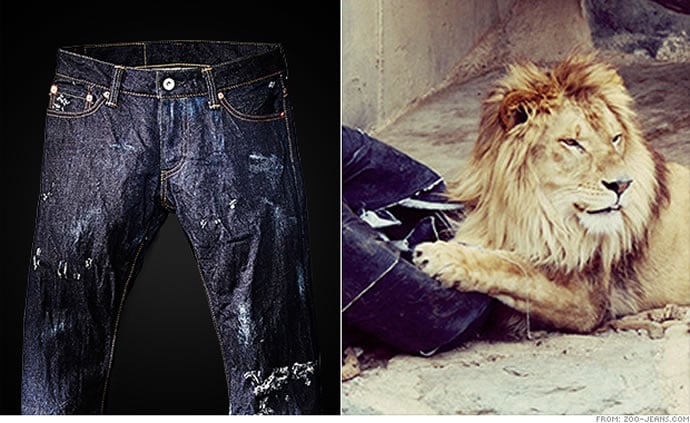 Two pairs of jeans ripped by lions and a tiger-destroyed version were auctioned off on a Japanese website, with a pair of lion-distressed denim selling for $1,500. The bear-ravaged version will be on exhibit at the Kamine Zoo.

Move over Jeff Bezos. Elon Musk is now the richest person on this planet