Ideally, Harrods is the go-to place for luxury goods in London. However, the departmental store was recently subjected to heavy criticism for selling handbags shaped like the Hindu Idol- Ganesha. Yes, that’s right! 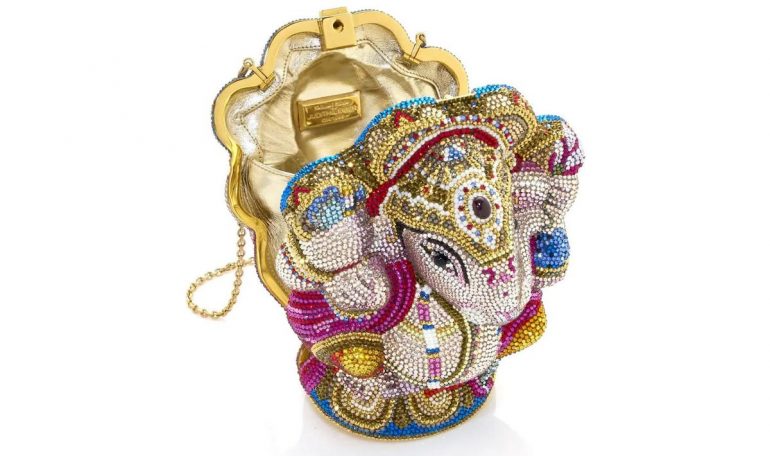 The marquee was accused of treating Hindu gods “like fashion accessories” and was coaxed to halt the sale (of the said handbag) eventually. The row erupted after members from the Hindu community hit back at it for offering the bag lined with leather, which was also against their religious belief of non-cruelty against animals.

Called ‘Ganesh Shri,’ the controversial bag is designed by the brand Judith Leiber which is known for selling novelty handbags, including crystal-encrusted pill bottles and pinatas, and boasts celebrities such as Beyonce, Jennifer Lopez, and Kim Kardashian among its clientele.
As stated by Nandini Singh, the head of social media at Reach (Race, Ethnicity, and Culture Heritage), the bag was mocking and demeaning for the Hindu faith. “Our gods are not accessory fashion items, and it is highly disrespectful for them to be represented as such,” she said.

Singh further added, “Our culture and traditions are very vibrant and colorful, so we understand how they can be appealing from an aesthetic eye. However, it’s hurtful when elements of our culture and religion are taken out of context and then represented in a blatantly offensive manner.”

Following the criticism, Harrods issued an apology stating, “Thank you for bringing this to our attention; we have removed this from sale from our site.” Initially retailing at $8,748, the bag is no longer available for purchase at the Knightsbridge store.