While the hype and craze of the Yeezy Boost 350 adult sneakers were about to cool off, Kanye West hits us once again with the new Yeezy Boost 350 Infant, which is a miniature version of the sneakers for the younger audience. Young Kanye fans, or kids willing to ape their Kanye crazy parents, can soon sport these sneakers which is an exact replica of the 2015 sneaker line.

In sync with the adult version, the toddler line (which will be available in six sizes and two colors- turtle dove and pirate black ) will also be made of breathable, flexible material, strong rubber soles to aid traction, and a suede overlay on the arch for extra support. Pending official public release, the very first (apart from North and Saint West we assume) to get their hands on the new sneakers was Luna Legend, Chrissy Teigen and John Legend’s daughter, receiving them from none other than Mrs. West herself. 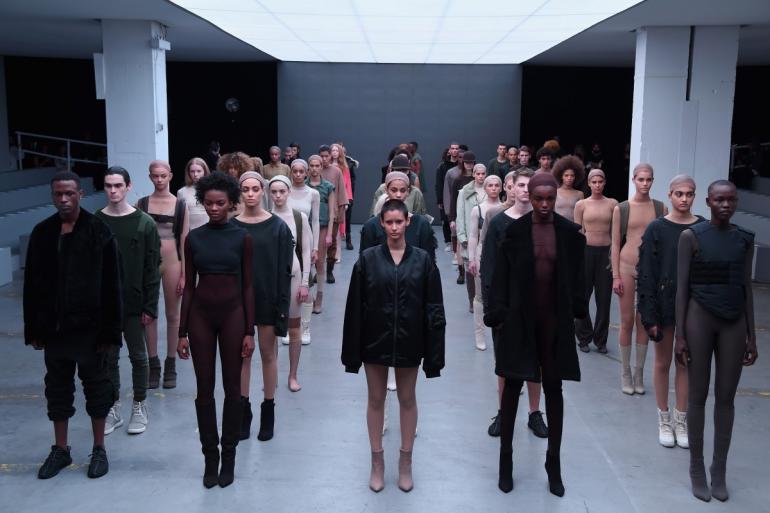 If ruling rap wasn’t enough, Kanye has taken a keen interest in fashion with the Adidas sneaker line and is further heard of lending his artistic sensibilities to furniture (with a recent collaboration with Swedish furniture giant Ikea). Knowing that the Yezzys are hard to get, with a known history of being sold off within minutes, you may want to try your luck with pre-launch reservations using the Adidas Confirmed app. While the adult line costs $ 350 for a pair, this mini version will retail at $ 130. Even though in time for a grand showcase at the spring/summer New York Fashion Week in September, these little wonders are already making headlines!

Tags from the story
Adidas