Known to impress most with its mind-boggling extravagance, Chanel did it yet again at the recently hosted Paris Fashion week. Following the airport themed runway in 2015 and the iconic 2016/17 Cruise collection, this year the brand transported its audience to an eclectic tech land into the future. 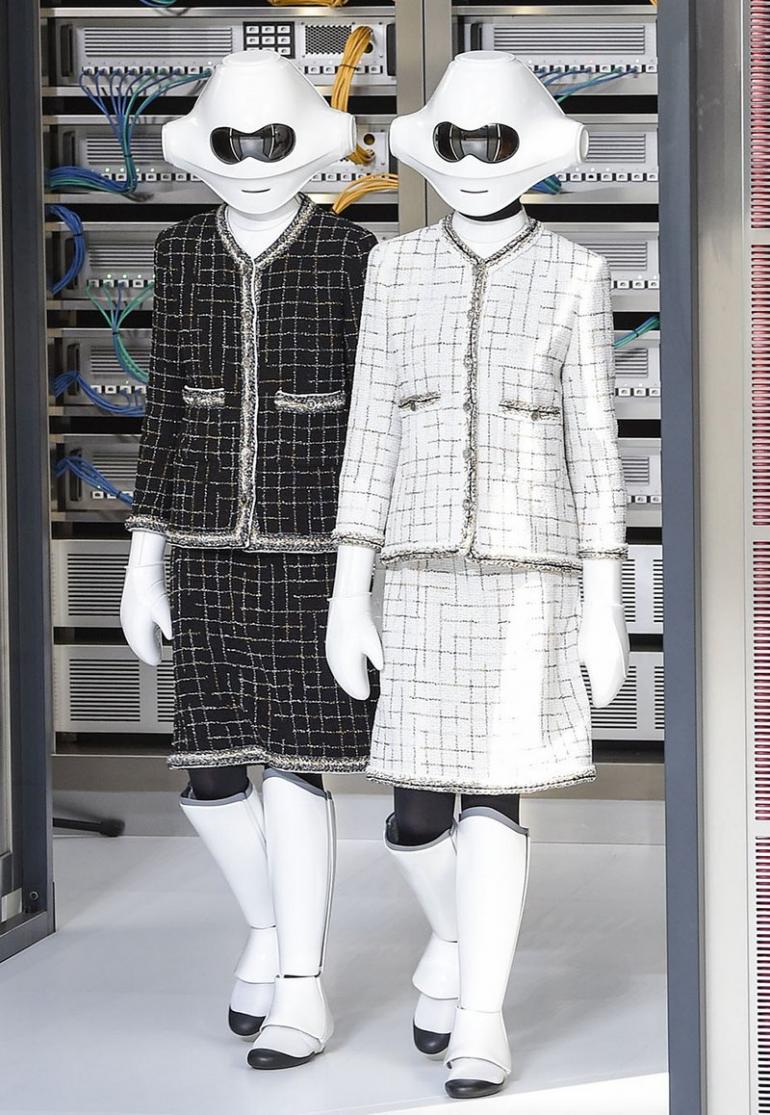 While you may think the brand was paying a tribute to the wonders of technology, it in fact brought forth the glaring realities and technological dependencies of our modern-day lives. Transforming the Grand Palais into a data storage center (with giant computer processors forming aisles through space), twins clad in robotic gear opened the show by walking alongside hardware grids. 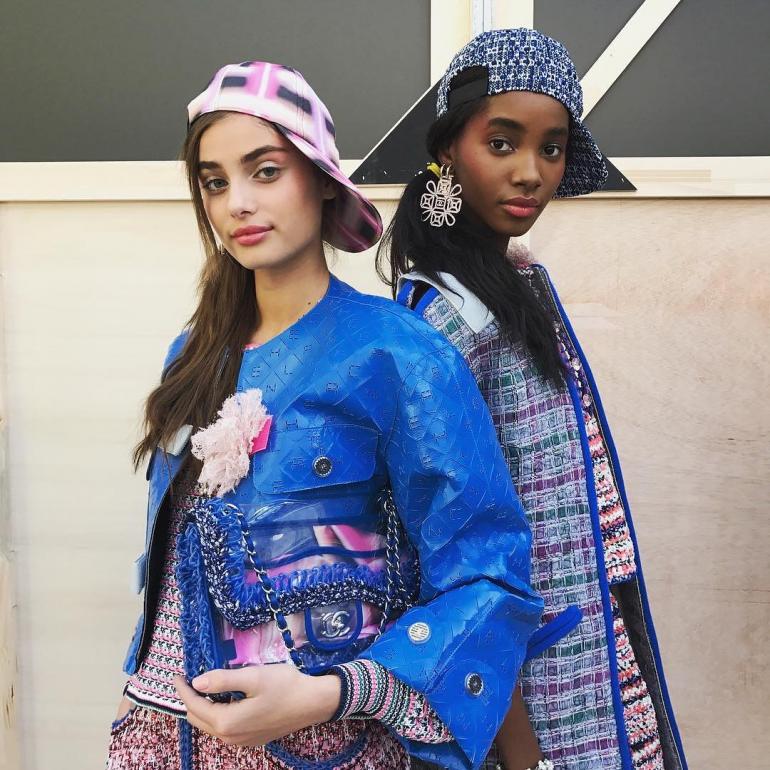 The runway distinctively showcased tweeds and prints configured in grid patterns on signature Chanel suits, which were further paired with short skirts and long jackets and accessorized with the use of street styled baseball caps and sneaker boots. 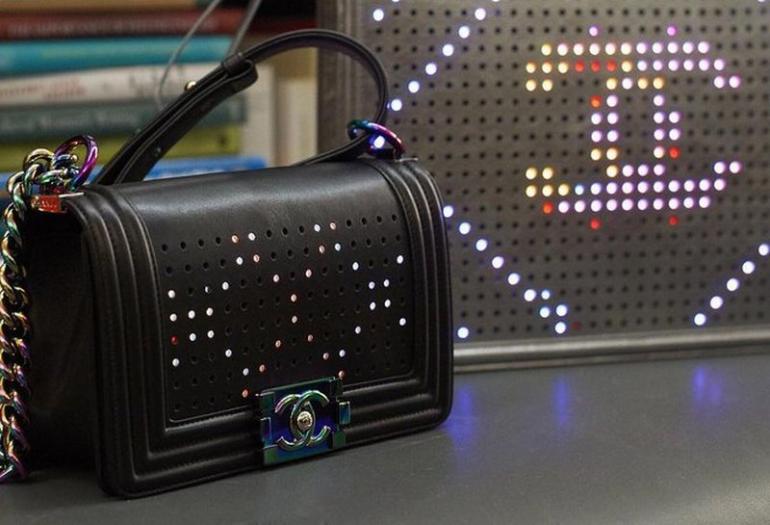 A-listers including Lily-Rose Depp who sat in the front row beside Usher, and Courtney Love and her daughter, Frances Bean Cobain, amongst many more were seen attending the Karl Lagerfeld event. Earlier, we also gave you a peek into the maverick designers’ French-themed Métiers d’Art show for the house. 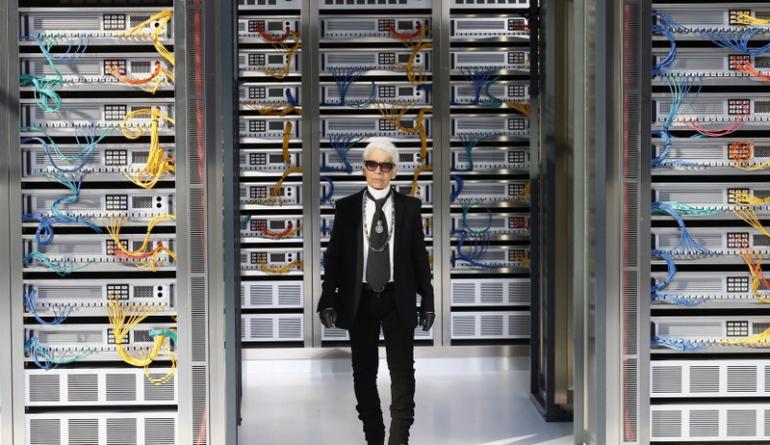 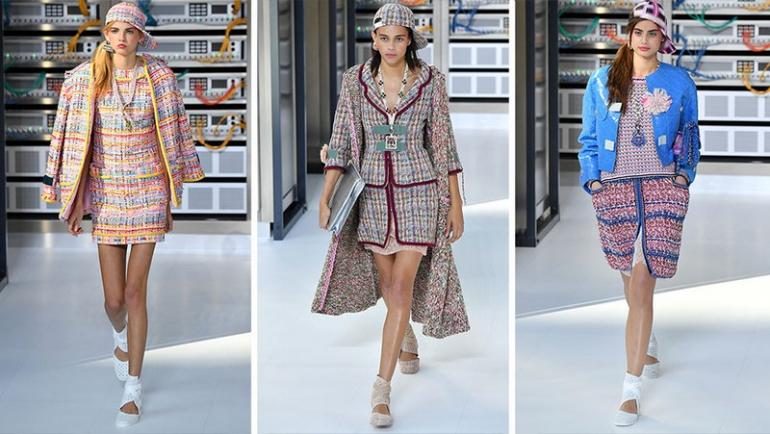 With an eccentric take on our mechanically driven lives, a touch of Lagerfeld extravagance and the general hype of being a Chanel show, this one at the Paris fashion week clearly spelled success!

Tags from the story
Chanel, Paris