We’ve been taught to expect the unexpected at Chanel fashion shows. Supermarkets? Street protests? We’ve seen it all. Or at least we thought we had until Largerfeld revealed his larger than life tropical paper garden at the Chanel Spring/Summer 2015 Haute Couture show on Tuesday. The Grand Palais was transformed into a whitewashed conservatory, dotted here and there with brightly colored blooms and swaying palms, setting the stage for the anticipated show. The show opened with four male models (including Largerfeld’s famous muse Baptiste Giabiconi) using watering cans to “water” some of the grey paper buds causing them to open up and bloom in technicolor. 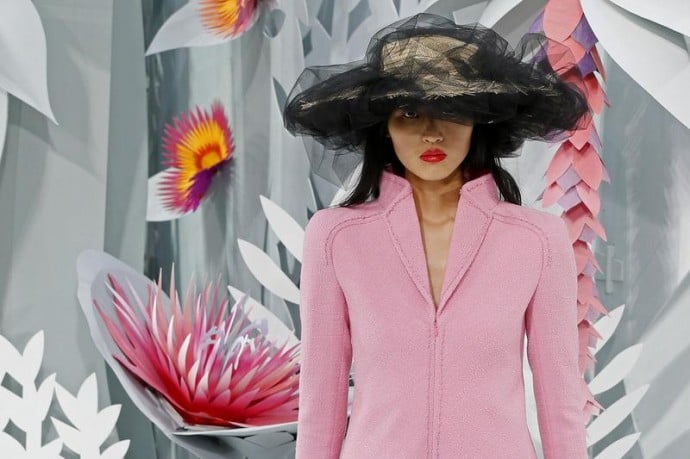 Karl Lagerfeld as part of his Haute Couture Spring Summer 2015 fashion show for French fashion house Chanel in Paris” width=”690″ height=”459″ class=”alignnone size-large wp-image-118578″ />The clothing itself was a mish mash of candy colors, OTT florals and artful embellishments. In true Chanel tradition there were plenty of skirt suits and tweeds offset with flowy chiffon skirts and a few coats as well. On the accessories front we saw a number of embellished beanies, hats and gloves, some of them practically covered in brightly colored floral appliqué. The show closed with a rather extravagant bridal gown. 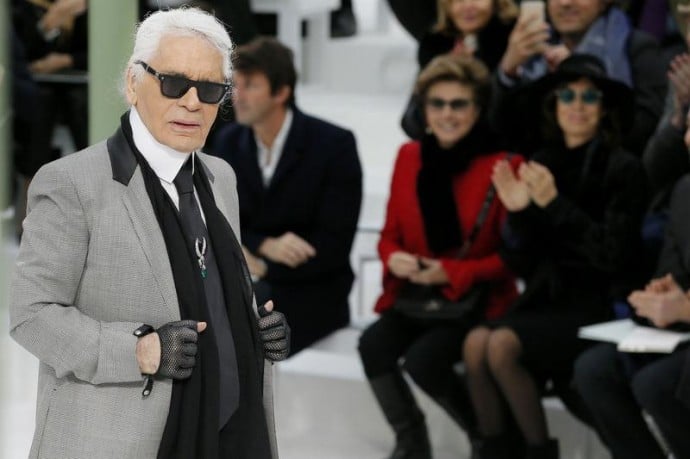 Largerfeld revisited the belly baring trend of 2014 with this collection. “The new cleavage is the stomach,” Lagerfeld he was quoted as saying. Don’t pack away your crop tops just yet!

Tags from the story
Fashion-Show, Karl-Lagerfeld