Minnie Mouse has been a muse to many for decades. The Disney wonder with her scarlet eyes and polka-dotted attire has been winning hearts without a stop, including that of her equally charming beau – Mickey Mouse. And here to celebrate the couple 90th anniversary is prime-time ABC and fashion expert Diane Von Furstenberg, who will be airing a special show and a creating a fitting outfit for the Disney lady to go with the event.

As equipped by Furstenberg herself, “They (ABC) asked me if I’d like to do a dress for her 90th birthday, and I said ‘OK.” She further stated, “Obviously she’s an icon and she had to have a wrap dress. I made a wrap that had lots of different cutouts, so we could play with her dots and the colors of the dot and a lot of godets.” In keeping Minnie Mouse’ style intact while still giving her attire an uplift, Furstenberg created a wrap dress by using a 100 percent silk faille fabric in white and black and hand-weaving sequins to create the mix of polka-dot designs. The dress was entirely sewn by hand in New York, taking 15 people approximately 35 hours to complete. 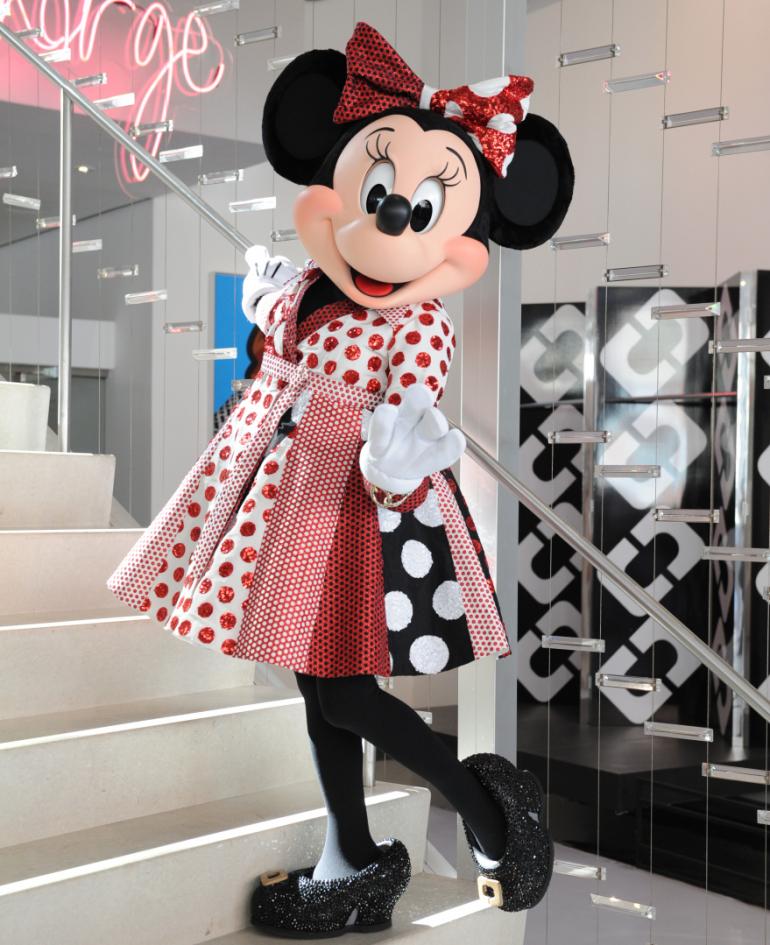 The designer also claims to be a Minnie Mouse fan herself. She stated, “I do like Minnie Mouse. It’s a while-back souvenir and I did like her. You know what I like about her was her shoes were always so big.” The special outfit will be complemented by matching shoes, also created by Furstenberg and her team. Don’t miss to watch the ABC special along with a live peak of Minnie’s new wrap dress on Nov 4!

Tags from the story
Diane-Von-Furstenberg, Disney