Moschino’s Jeremy Scott is known for his eyebrow raising collections, but his latest creations may be going too far for some. The capsule collection seems to draw inspiration from prescription medications featuring clothing printed with prescription labels, clutches that resemble long strips of pills and dresses, sweaters and bags covered with pill prints. A number of celebrities have been spotted sporting clothing and accessories from the collection, but not everyone is happy with the creative move.

Some people see the collection as a way of glamorizing prescription drug use abuse which has been on the rise in the U.S.A. in the past few years. Randy Anderson, an alcohol and drug counselor in Minnesota started an online petition to have the collection pulled from their shelves and Nordstrom has responded by removing the collection from their site and stores. Though the popular retailer and e-tailer had initially looked past the backlash against the collection and opted to stock it, they seemed to have had a change of heart. “We appreciate all the constructive feedback we received from concerned customers and ultimately decided to remove the collection from our site and the three stores where we offered it,” a Nordstrom spokeswoman told Fortune. 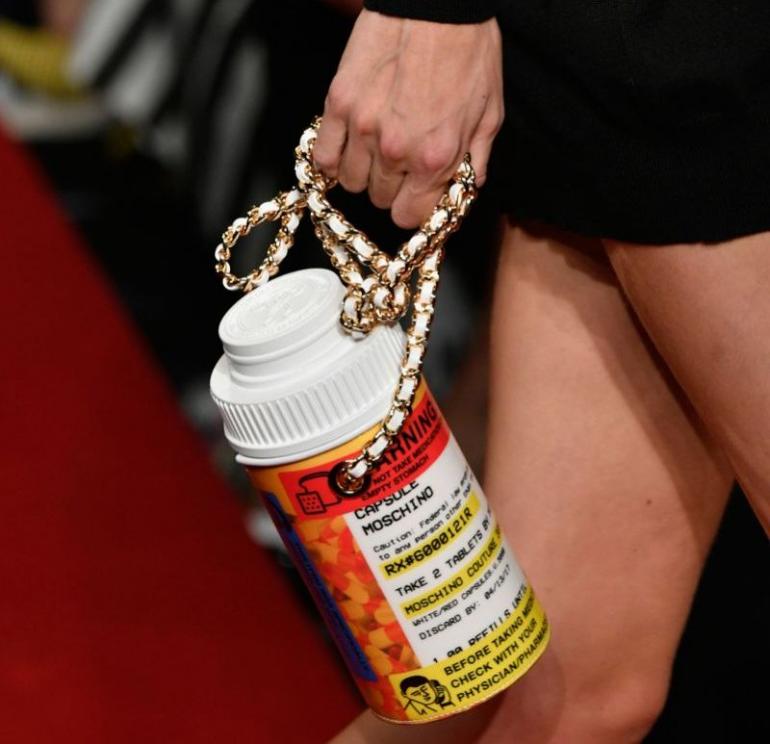 Last month, Jeremy Scott talked to Yahoo, referencing the collection’s tagline (Just Say MoschiNO) when asked if the collection was ‘saying no to drugs’. “Just say Moschino!” the designer said, “I always say, fashion is the only drug I do. It keeps me going… and if my shows can give you that feeling of awe and joy again, that’s my gift. That’s what I’m passing on to you.” 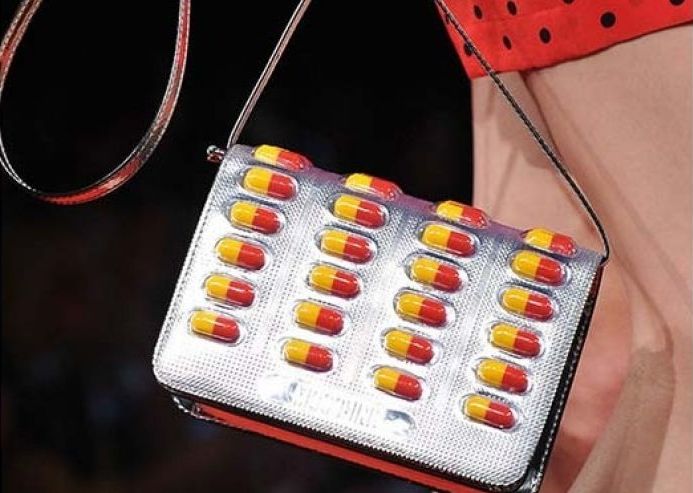 Yes, fashion is in the eye of the beholder, but really, we wouldn’t want to wear any of these items. The runway collection has plenty of great garments to offer which won’t make you look like you’ve robbed a pharmacy. Skip the pills in favour of one of the retro skirtsuits or even one of the many tromp l’oeil dresses which incorporate the designer’s cheeky style without taking the theme too far.