If London is already the holiday destination of choice this Autumn, then there’s one cultural activity that needs to be added to the to-do list. Journey with Chanel – Mademoiselle Prive. Starting in October and for a limited time only, the Saatchi Gallery will be opening its doors to a new exhibition ‘Mademoiselle Prive’. Sharing the same name as the luxury watch collection that launched in 2012 in celebration of the brands 80th Anniversary, the exhibition delves into the origins of CHANEL’S creations. The French Fashion House will be occupying three floors of the gallery and visitors can expect to be captivated by the character and spirit of fashion icons Mademoiselle Chanel and Karl Lagerfeld. The focus will be on the Haute Couture division as well as the iconic Chanel No5 fragrance. Re-editions of the High End Jewellery Bijoux de Diamants collection will also be on display. Originally created in 1932, this was the only collection to be designed by founder Coco Chanel.

The Life of Coco Chanel
An iconic figure in the fashion world, Coco Gabrielle Bonheur Chanel’s life had a far from glamorous start. Born on 19th August, 1883 in Saumer, France, she was left orphaned following the death of her mother. Gaining the nickname ‘coco’ from a brief career as a singer, in 1910, Coco Chanel entered the fashion industry. Embracing her seam stressing skills, her first store opened in Paris’s Rue Cambon where she crafted hats under the label ‘Chanel Modes’.

In 1913, a second shop opened in Deauville alongside the launch of a collection of sportswear. With a firmly established reputation, the third store was located in Biarritz followed by the opening of a couture house at 31 Rue Cambon.

In the early 1920’s, Chanel was the first designer to put her own name on a perfume, Chanel No5. She also became the first person to work with jersey; A practical, simple and affordable textile, it was a pleasant contrast to the uncomfortable material woman’s clothes had been previously made of. 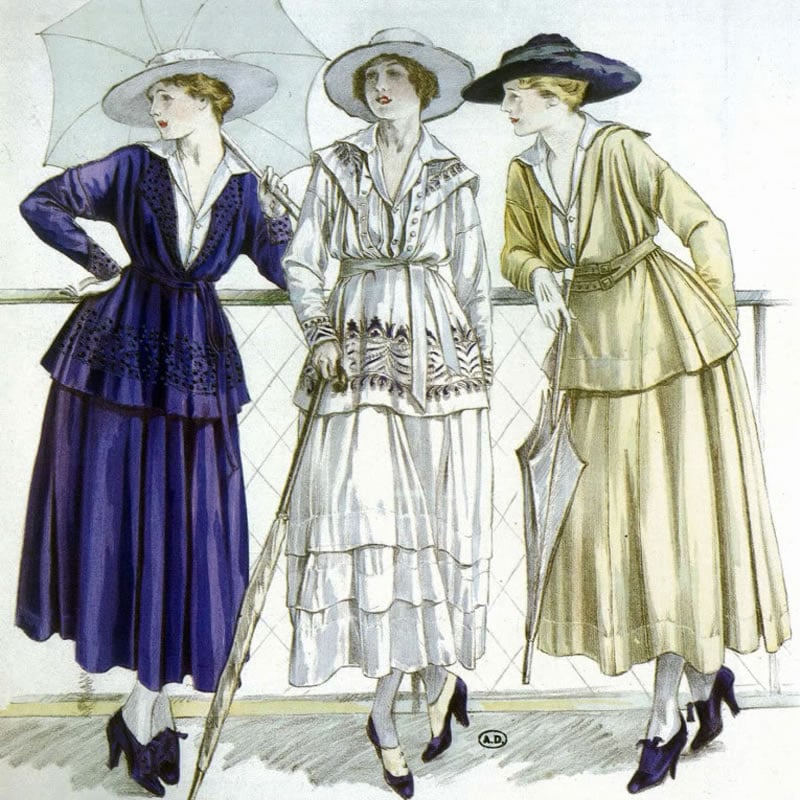 By the 1930’s, thanks to the success of her numerous ‘firsts’, Coco Chanel began designing attires for the leading stars of Hollywood. This included Gloria Swanson in Tonight or Never (1931.

Although the war of the 1940’s lead to the closure of five boutiques on Rue Cambon, the one remaining at no 31 is still the Chanel headquarters to this day. Moving to Switzerland in 1945, her return to Paris in 1953 was followed by a grand come back in 1954 through the re-opening of her couture house.

Coco Chanel then proceeded to unveil the legendary 2.55 bag, launched in February 1955, the quilted bag is named after its own birthday. The same year Pour Monsieur was introduced – the only men’s fragrance to be released during Chanel’s lifetime.

Taking her first step into shoe design, Chanel once again broke the conventional with the fabled Chanel shoe. Released in 1957, a timeless classic, the two-tone shoes featured sling backs in beige with a black toe.

“The black, slightly square toe shortened the foot,” explains Monsieur Massaro, the house shoemaker at the time. “The beige melted into the whole and lengthened the leg. It was a very pure design, accentuated by the fineness of the straps. We rejected the idea of a buckle, which looked a little bit old-fashioned, preferring instead to add a little elastic on the low-cut inner side. This elastic adapted to the shape of the foot, adjusting its every tension and following its movement.”

With a range of outstanding achievements including a Broadway Musical based on her life, Coco Chanel died on January 10th, 1971 and now rests in Lausanne, Switzerland.

READ:  With 60% of the Millenials living in the region - Take a look at how luxury brands are connecting with them in Asia

Revolutionising Women’s Fashion – The Chanel Suit and ‘LBD’
In 1923 Mademoiselle Chanel’s revolutionised fashion by introducing the Chanel suit. The signature design consisted of a collarless jacket and well-fitted skirt. Taking inspiration from menswear, the suit was softened to promote the importance of comfort. 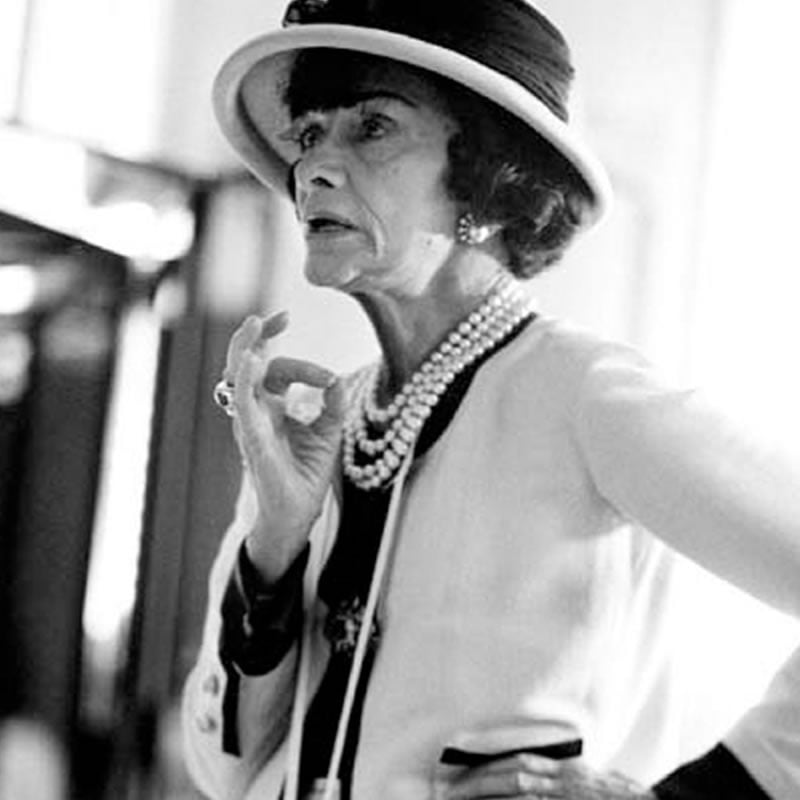 The origins of the little black dress also tracks back to the 1920s. The colour black had been associated with mourning but Coco Chanel created a chic version. In 1926, American Vogue published a photo of the short, simple black dress and predicted that the LBD would become “a sort of uniform for all women of taste”. This contribution has lasted the test of time and the LBD continues to be a staple in many women’s wardrobes. 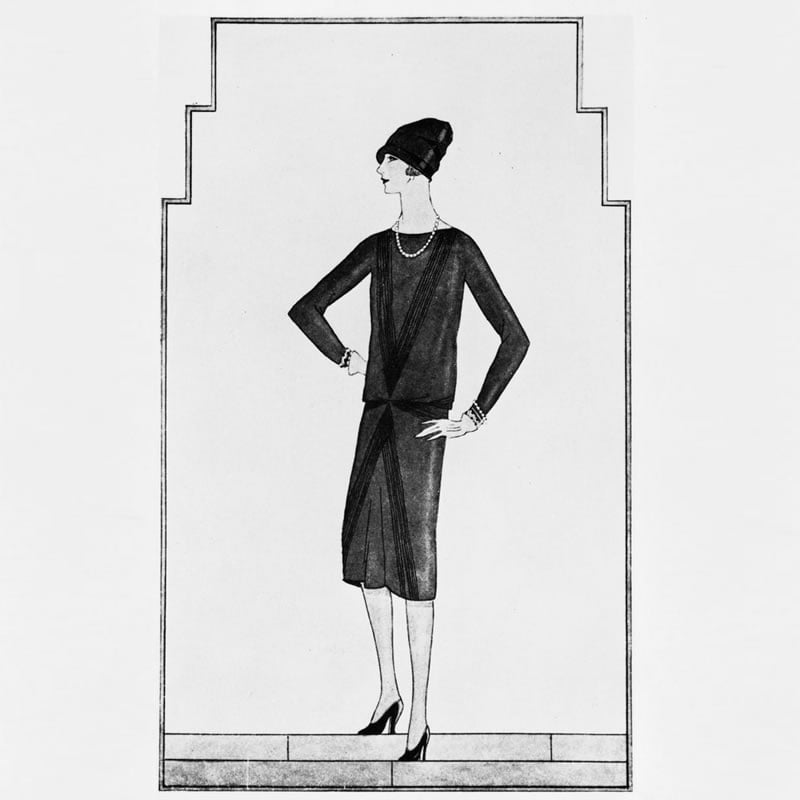 Born in 1883 and left orphaned following the death of her mother; the art of seam stressing was learnt at the orphanage. Gaining the name ‘coco’ from a short stint as a singer, in 1910, Chanel entered the world of fashion when she went on to open her first store in Paris’s Rue Cambon where she originally sold hats under the name ‘Chanel Modes’. A second shop was opened in Deauville in 1913 along with the launch of a collection of sportswear. However, it was a jersey dress that finally escalated her career to success; the dress was created in response to a chilly day in Deauville. With a firmly established reputation, Chanel opened another store in Biarritz and then a couture house at 31 Rue Cambon. In the 1920’s, she was the first designer to name a perfume after herself and Chanel No5 continues to be popular today. By the 1930’s, she was recognised for her numerous ‘firsts’ creating attires for the leading stars of Hollywood. The start of the war leads to the closure five boutiques on Rue Cambon leaving just one, the couture house at no 31, which to this day, still remains the headquarters. Making a grand come back through the re-opening of her couture house, Coco Chanel then goes on to launch the legendary quilted bag, pour monsieur – a men’s fragrance and a two tone shoe. Coco Chanel died on January 10th 1971. In 1981, Jaques Polge was appointed master perfumer of the brand, two years later, Karl Lagerfeld was allotted artistic director for chanel fashion, designer for chanel, ready to wear and accessory collection.

In 1925, she introduced the now legendary Chanel suit with collarless jacket and well-fitted skirt. Her designs were revolutionary for the time—borrowing elements of men’s wear and emphasizing comfort over the constraints of then-popular fashions. She helped women say goodbye to the days of corsets and other confining garments.

Another 1920s revolutionary design was Chanel’s little black dress. She took a color once associated with mourning and showed just how chic it could be for evening wear. In addition to fashion, Chanel was a popular figure in Parisian literary and artistic worlds. She designed costumes for the Ballets Russes and Jean Cocteau’s play Orphée, and counted Cocteau and artist Pablo Picasso among her friends. For a time, Chanel had a relationship with composer Igor Stravinsky.

Born in Samur, France on August 19th 1883 as Gabrielle Chanel learnt the art of seams stressing whilst being raised at an orphanage.

The exhibition will run from 13 October – 1 November 2015. Admission is free. For more information head to mademoiselleprive.chanel.com. 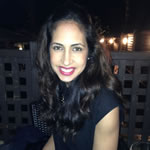 Born and brought up in London, Renu’s portfolio includes writing for popular online fashion publications FashionBeans and Push It Magazine. Having worked in luxury for the past two years, and keen to build on her passion for writing, she is the newest contributor to Luxury Launches. A free spirit at heart, she strives to live a life reflective of peace and harmony.