Two famous luxury brands with cult followings have teamed up this Fall in an awe inspiring collaboration. New York based luxury retailer Bergdorf Goodman has unexpectedly joined hands with the Italian car manufacturer Maserati on a high end spread for Bergdorf Goodman’s September Magazine. The Maserati HQ in Modena, Italy served as the backdrop for the Men’s Modernist “On Your Marque” with reknowned fashion photographer Arnaud Pyvka behind the camera and some beautiful and historically significant Maseratis as the subjects – including the 1953 Maserati A6 GCS Berlinetta designed by Pininfarina, vintage 1969 Ghibli SS, the Quattroporte, GranTursimo and Ghibli models too. 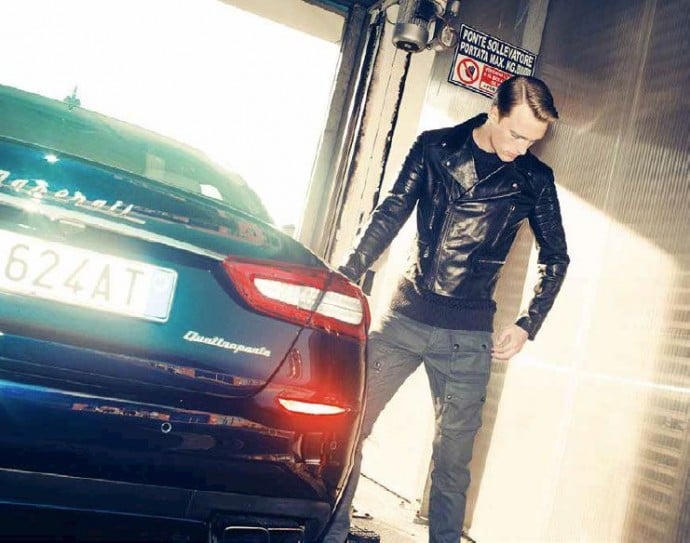 The collaboration is a celebration of Maserati’s 100th anniversary and is not restricted to the fashion shoot, including a behind-the-scenes-video of the shoot featuring model Victor Nylander exploring the Maserati production factory, filmed by Maximilian Imrie. A social media campaign is also underway encompassing all of Bergdorf’s channels namely: Facebook, Pinterest, Instagram, Twitter, Google+, Tumblr, Bergdorf’s blog and BG.com. 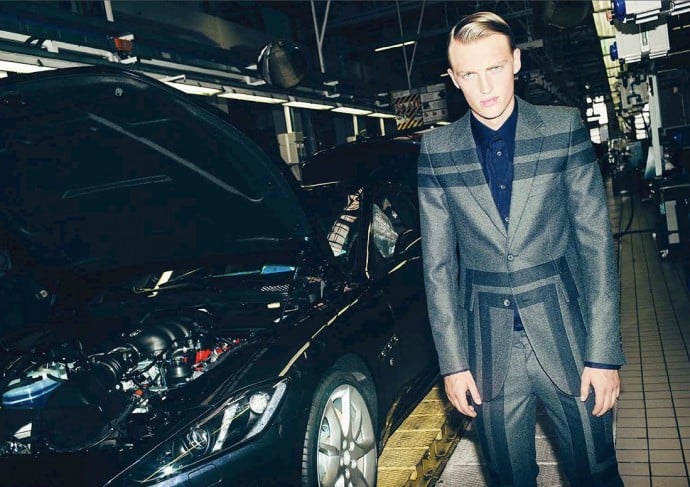 The collaboration may seem odd given the brands’ opposing history, but a common goal of delivering luxury lifestyles to the rich and glamorous appears to unite them. Bergdorf Goodman prides itself on its exclusivity and refusal to succumb to expansion. They have only one store in the world located at New York’s prestigious Fifth Avenue and they have been operating since as far back as 1901. On the other hand Maserati remains a top player in the world of high end sports cars in its centennial year. Beginning as a small and purely local business, the company is one of the best known car companies internationally and now boasts representation in 65 different nations. You can’t cement your millionaire status without a Maserati in your garage!