For a good 178 years french fashion and craftsmanship have been embodied in the country’s biggest fashion house, Hermès. The brand, makers of leather goods, home ware, clothes and accessories, quintessential scarves and cravats, have been around to witness different eras, but yet they continue to thrive with boldness. How do they do it? Well, we don’t have the answers to that, but what we do have is a list of facts that we thought are synonymous to its growth and iconic heritage. Below are the 10 most interesting facts on Hermes: 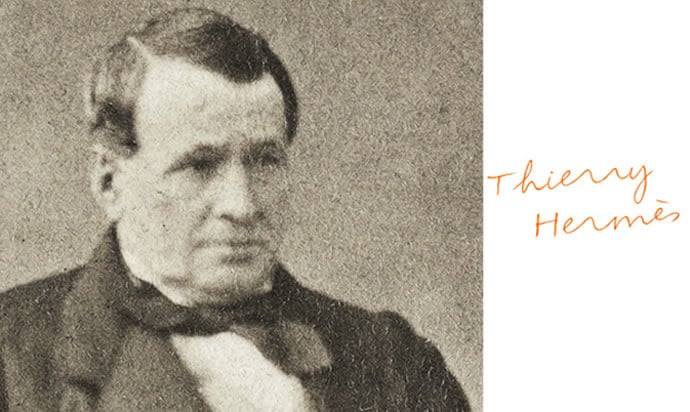 10. Keeping the family ties
Let’s start off, with a little family history. The brand name began with Thierry Hermès, who opened the first workshop in 1837, which then passed on to hands of his son Charles-Émile Hermès and subsequent grandsons Adolphe and Émile-Maurice. Robert Dumas, was the son-in-law who succeeded Émile-Maurice after his death, and was the first in-charge not who was not a direct descendant from Hermès line, as he was only tied to the brand though marriage. But once took on the top position, he felt it rightful to incorporate the last name Hermès into his own, and ever since he was Dumas-Hermès. 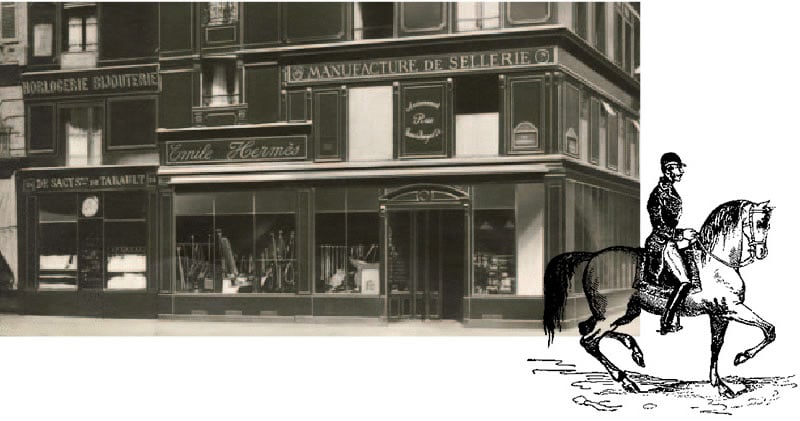 9. Where it all began
And while we’re still in the late 1800’s, Hermès started out as a harness workshop in Paris, which catered to the elite and upper class Europeans. Their high quality workmanship, even won them prizes. Fast forward to 40 years, they added saddlery and the sale of their products, for which the famous (or infamous) Russian czars were among their top clients. With a heavy-loaded past, the emblamatic logo of a horse carriage is what carries the brand history with it through time.


8. What Hermès did for love
The first leather handbag collection that was ever created under the Hermès brand was done by Émile-Maurice himself in 1922 after his wife complained about not finding a handbag in all of Paris that suited her liking. If that isn’t love, I don’t know what is! 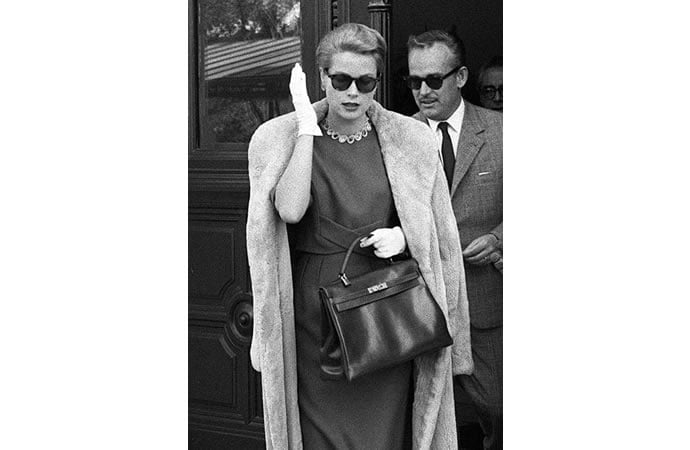 7. Behind the scenes of the Birkin and Kelly
Two of the most iconic bags, the ‘Hermès Birkin’ and the ‘Hermès Kelly’ were named after Jane Birkin and Grace Kelly. What only a few people would know, is that the ‘Kelly’ was not always known by that name. The leather ‘Sac à dépêches’ was introduced to the world in 1935; however in 1956 a photograph made such an impact on the world that Hermès themselves had to change the name. The photograph was that of Grace Kelly, the newly titled Princess of Monaco, carrying the ‘Sac à dépêches’ in front of herself to cover up her pregnancy. The Birkin however has another story; created after the Kelly, the idea was conceptualized by Jean-Louis Dumas, with Jane Birkin herself, on a flight to London. The most expensive Birkin ever sold had croc skin, white gold and diamonds and retailed at $432,000! The super customizable bags, both Birkin and Kelly have been a statement of class, wealth and the more pristine sense of fashion for years now, among celebrities and fashionistas alike. 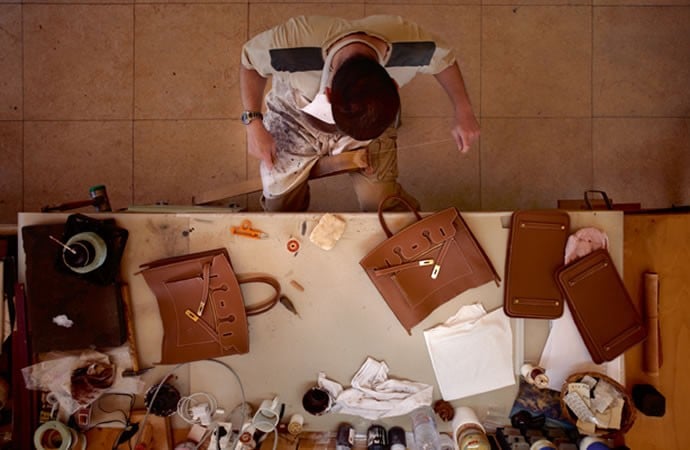 6. It’s all in the name
All of Hermès goods are hand-made, from scratch – including the fabrics in workshops which are situated all over France, called Ateliers Hermès, their aim is to guarantee a superlative quality and uniqueness of every Hermès branded product. According to a report, the amount of silk that goes into making 1,000 of the fabulous Hermès 90×90 cm carrés scarves, if laid straight would cover the distance between the Earth and the Moon! Every Carré de Hermès is made from 450,000 meters of silk thread extracted from the cocoons of 300 moths from 2 mulberry trees. 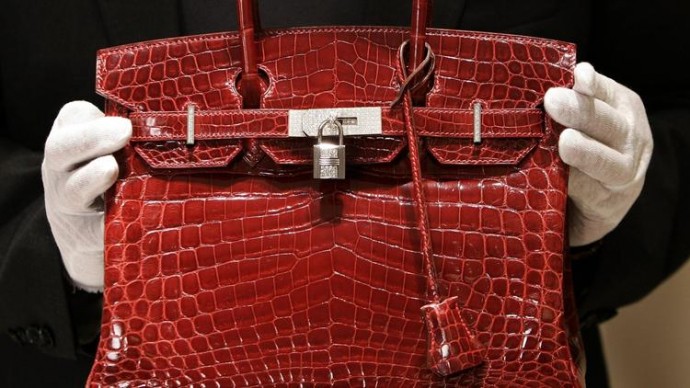 5. What’s fame without a bump in the road?
Early in 2015, Hermès brought upon itself the wrath of PETA due to claims and reports of its unethical treatment to crocodiles for their famous Birkins. A strategy to end the use of exotic skins by Hermès led to PETA’s small buy-in of the brand’s shares, which allows them to attend annual meetings and question the brand’s practices. Hermès however, denied (obviously!) any association with the ‘farms’ mentioned in the report. During this controversy, Birkin requested that her name be taken off the model entirely. But eventually things settled down and the iconic retained the ‘Birkin’ name.

4. Windows to the soul
Every boutique worldwide, houses a unique concept window displaying an interwoven connection between the brand and the location 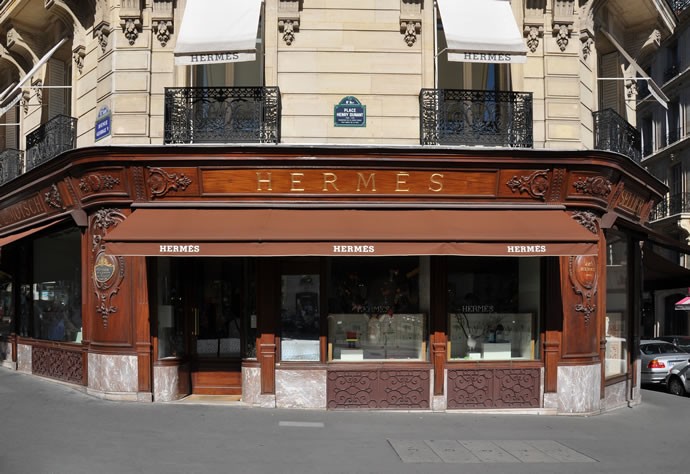 3. From Paris with Love
The Paris boutique on Rue de Sèvres is a state of the art designed outlet, that also includes a small café that serves customers in Hermès silverware and cutlery; and a bookstore with a selective collection of art, fashion and coffee table books. It also has a special corner dedicated to Petit h! 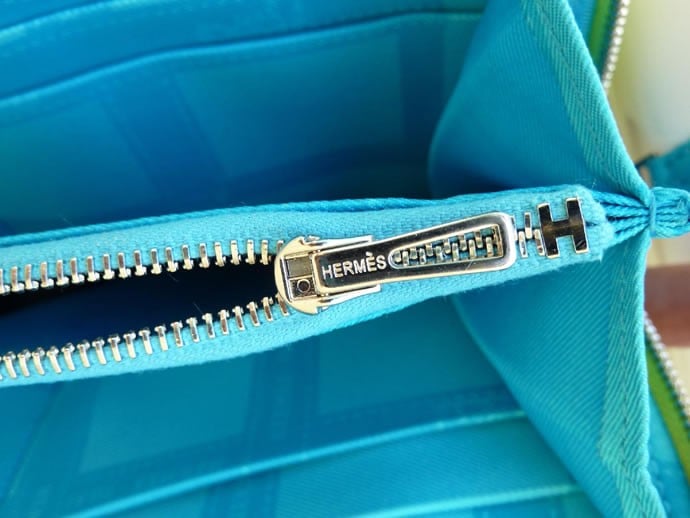 2. Hermès exclusive zipper
Fun fact, the zipper was known as the fermeture Hermès (the Hermès fastener) in France when it first came out. The story behind it is that Émile-Maurice was the first person to bring the zipper and use it in France, which was still a new creation at that time. He was granted the exclusive rights in 1918, and with that his first leather golf jacket featuring the fastener was made for Edward, Prince of Wales. 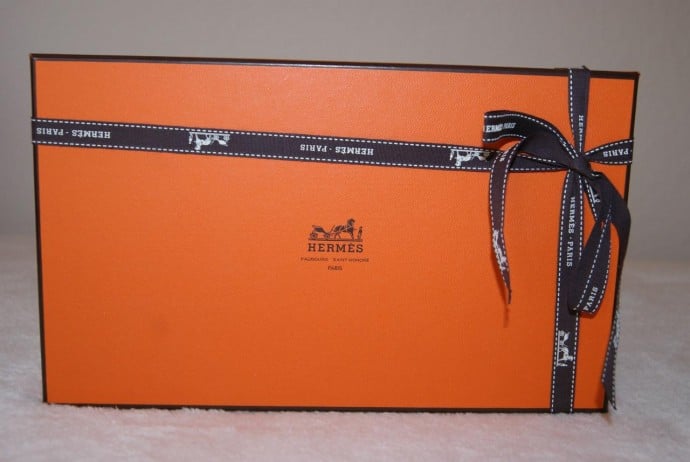 1. It’s a package deal!
One of the facts we think is the most interesting, is the story around the iconic Hermès orange boxes. Originally cream colored, the boxes had a gilded edging in mustard, which is now pigskin, along with a brown edging. The first orange box was introduced after WWII, and only because the fashion house experienced a shortage of the original materials. So technically, the folding orange boxes that won a packaging Oscar in 1994, were technically an accident! We all have to be thankful to Hermès for sticking with the candy-colored orange boxes; it is our dream to collect all 188 sizes.
Tags from the story
Hermes, Top-10