Rita Hayworth, one of the 100 Greatest Stars of All Time listed by the American Film Institute was truly a celebrated legend of the silver screen. The American actress captured the imagination of audiences throughout the 1940s and 1950s with her astonishing beauty and extraordinary acting and dancing ability. Even after 27 years of her demise, the revered goddess and her iconic movie characters continue to be a source of inspiration. Immortalizing Hayworth’s glamour, sensuality and charismatic figure, Montblanc pays homage to revered goddess of Hollywood’s Golden Age with a pen ‘Rita Hayworth Limited Edition46’.

Taking cues from her 1946 release of Gilda (the film noir for which Hayworth achieved international fame), the limited edition fountain pen is designed after the actress’ iconic role of the ultimate temptress. The translucent green lacquer of the Fountain pen is reminiscent of Hayworth’s seductive satin gown that she wore for the popular movie poster. The wavy guilloche on the cap and barrel crafted from 750 solid gold and the mandarin-colored citrine on the clip symbolize Hayworth’s signature bright red hair that always seemed to shine bright, even in the black and white movies of the 1940s. 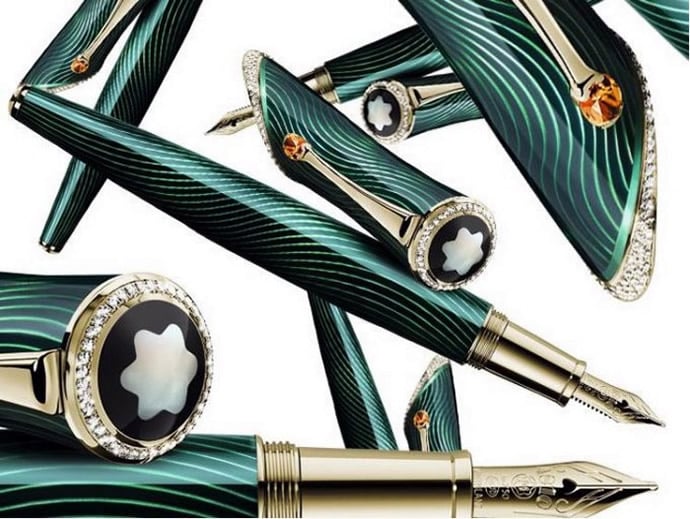 The shape of the writing instrument mirrors her sensuous dancing figure, while the diamond-studded cap top and cap ring are a reference to the glamour she projected as the epitome of Hollywood royalty. The handcrafted 750 gold nib features a hole shaped like a heart in honor of the love goddess, while the pen is crowned with the Montblanc emblem in the finest mother-of-pearl. 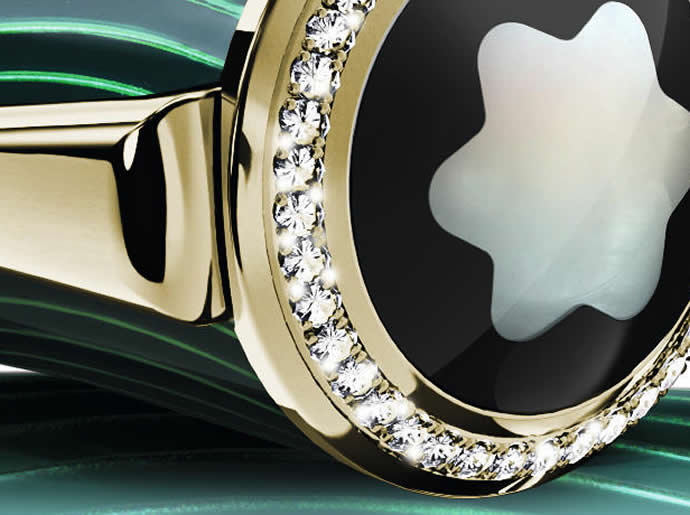