There are quite a few fanatics of reality star Kim Kardashian’s app – that allows users to transform into a reality star and in turn of course walk the red carpet and date and dump the beloved A-listers – and now that we hear Karl Lagerfeld will be one of the A-listers, we are getting hooked. It will be this Tuesday, the German designer will debut as a character on the app. 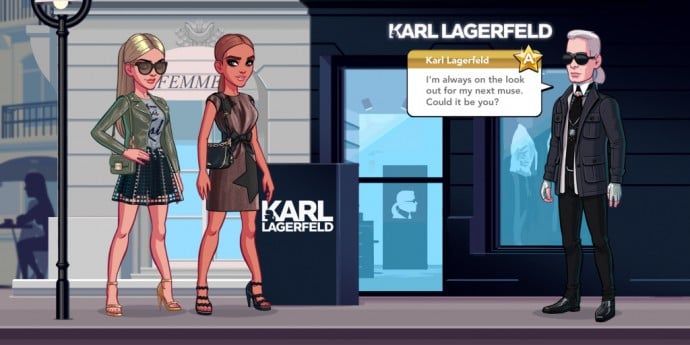 We’re certain this little animated appearance will serve the designer’s social media profile well considering Kardashian has over 100 million followers. Quick fact for you – Lagerfeld has only 1.7 million followers. We also hear the Glu Mobile game will entail a virtual Karl Lagerfeld boutique completely stocked with the mesmerizing fall 2016 collection. Fortunately – players can splurge and style ready-to-wear, bags and shoes on this. Fittingly so, products represented are also accessible for real on the karl.com web site, which will launch Tuesday with shipments to almost 97 countries. The e-commerce foray is in partnership with Italy’s Yoox Net-a-porter Group SpA. 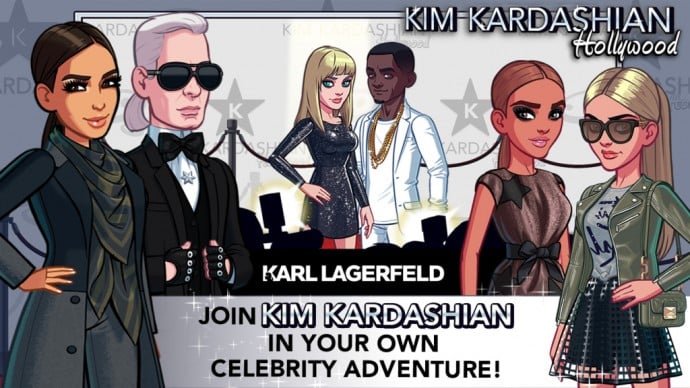 In addition to Lagerfeld’s spot on the game, other fashion personalities who have appeared include fashion editor André Leon Talley and blogger and editor Anna Dello Russo.