New Yorker and fashion designer Zac Posen was the lucky one opening for the New York Fashion Week, which began earlier on this week. Zac by Zac Posen was the first major show to kick-start one of the ‘Big 4’ weeklong fashion events of the world; but it was really Posen’s final look, an LED-lit dress, that took away the prize! The never-tried-before experiment was created with a black sheath material lined with LED segments that lit up in different patterns and colors while worn down the runway. Posen claimed that the idea for the design was taken from a ‘Los Angeles after Dark’ theme; and we think that could be represented as the inky-black skyline with the glittering city lights.

The dress was created with along with one of Google’s arm companies, Made With Code that aims on trying to get more female players into the coding, and subsequent, computer science and engineering industries. Made With Code’s fashion technology expert Maddy Maxey, who has previously worked with brands like Hilfiger, headed the project. “Together with Zac Posen, we’re aiming to show that code can bridge both the physical and digital worlds. We hope to show how inspiring creative code can be,” is what she had to say about the venture.

Wearable technology in fashion is the current talk of the town and with such a bright start, we think the surface has barely even been scratched. 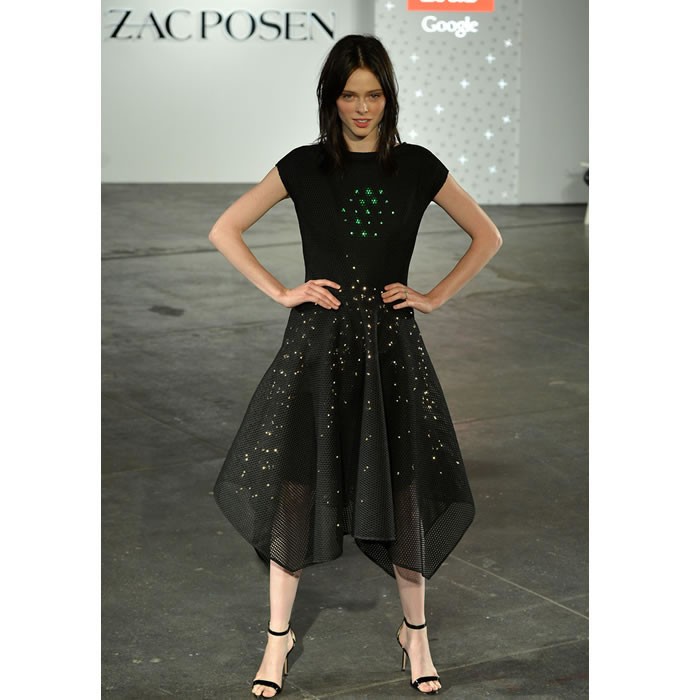