As the 2014 FIFA World Cup inches ever closer, more and more designers are commemorating the occasion with some covetable swag that’ll have you reaching for your credit card whether you’re a soccer fan or not. Hot on the heels of the announcement of Nike’s Rebento bag comes our first look at Paul Smith’s limited edition printed football for FIFA World Cup 2014. The size 5 leather football features a mash up of chevron and striped prints in popular Paul Smith colors making it one of the most colorful pieces of soccer equipment we’ve ever seen. Limited to just 250 pieces, the football comes with a dust bag and is made of 100% leather. 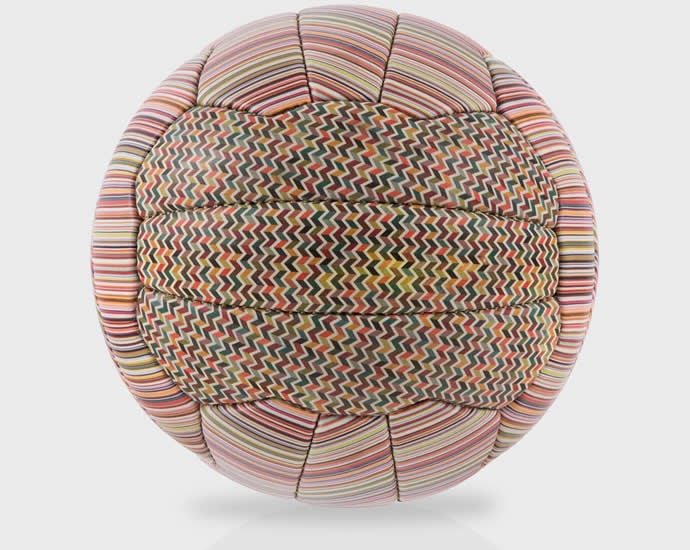 Alongside the football the designer has also released a short film featuring former football freestyle world champion, John Farnworth flaunting his enviable skills with the limited edition football while impressive clad in a dark suit (presumable a Paul Smith design). Farnworth moves through the rooms of Paul Smith’s Westbourne House store in Notting Hill giving viewers a brief tour of one of the designer’s most famous outlets, a pretty bit of creativity from director Oliver Hadlee Pearch.
Retailing at an impressive £199 or $335, the football truly bears the Paul Smith signature. The only downside? You can’t play with this one since any rough use will damage the printed leather, that’s the price of exclusivity! 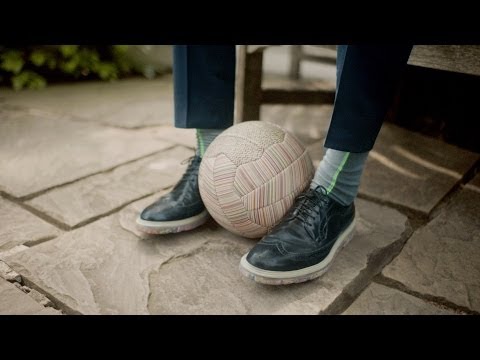 [Available at Paul-Smith Via Designboom]

Tags from the story
football, Paul-Smith