All that is luxurious has just got to be Louis Vuitton. Luxury and Louis Vuitton are now synonyms that can put a smile on the face of any fashion-conscious luxury lover. So when Louis Vuitton announced its plans of opening its flagship store in Rome, there were smiles not just on the faces of the fashionistas but also the moviegoers. One of 14 types of flagship stores of Louis Vuitton, the Louis Vuitton Maison Etoile Rome boasts of a library dedicated to Italian cinema, especially Rome’s iconic Cinecitta film studios. The only LV Maison worldwide to feature a library, this exquisite store that opened its doors to the public recently had celebrities like Cate Blanchett attending its inauguration.
Roll over for the video……

Spread over three stories, this luxurious store features interiors that reflect its association with cinema. Interior designer Peter Marino has used materials like Onix and travertine for the store’s Baroque-style interiors with special emphasis on the main, grand staircase that has been designed to resemble the strip of a film. Marino definitely deserves credit for the tiny details that he has added to this flagship store, like desks and tables that resemble travel trunks and are covered with goat hide patchwork and python skin.
LV lovers will also have a chance to drool over the entire collection of trunks and luggage’s made for the ”The Darjeeling Limited” movie by Wes Andersen, which is on display at this store.
The highlight of this store however is not the usual Bag Bar or even the Trunk Room, but the 19 seat cinema that will screen movies by some of the most well known film makers. A beautiful and fashionable tribute to Italian cinema this new Etoile Maison is sure to set new standards for luxury. 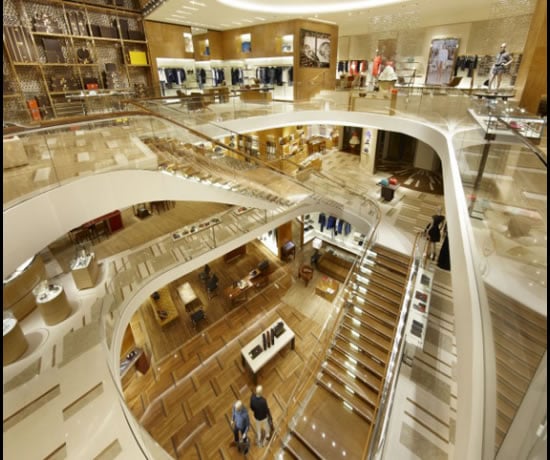 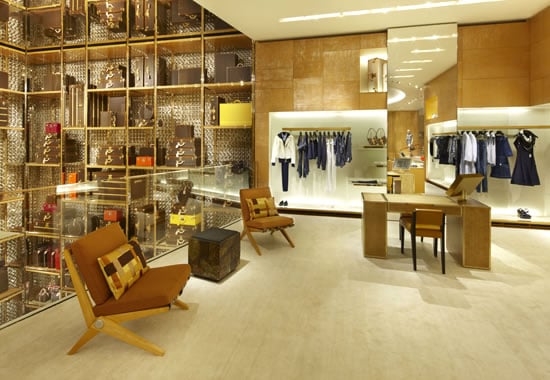 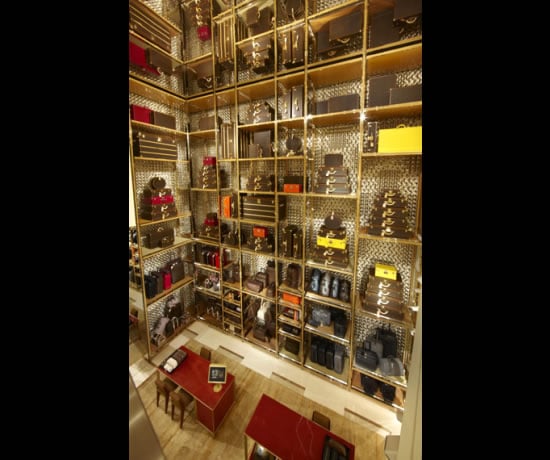