Lacoste with Peter Saville launches a new limited edition series of unique polo shirts for sexes – 80 each, the occasion being, the brand’s 80th anniversary. The most striking thing about these shirts is that the brand’s iconic crocodile logo is missing and replaced with either an erratic squiggle or a rough outline. It is surprising how the brand could have thought it safe to sell its shirts without its logo. They might have surely thought this would work in their favor just as Louis Vuitton’s logo free products did in China?! I am not getting at anything here. Rather we would like to wait and see the result of this doing.

However, so, on second thought, just for the fun of it, who wouldn’t want to have something different on the patented Lacoste instead of the crocodile? Anyhow, it is just not the logo that defines the shirt. Its texture also very much identifies the brand. That’s exactly what Saville says, “They still look like Lacoste shirts even if they don’t have a crocodile on them.” 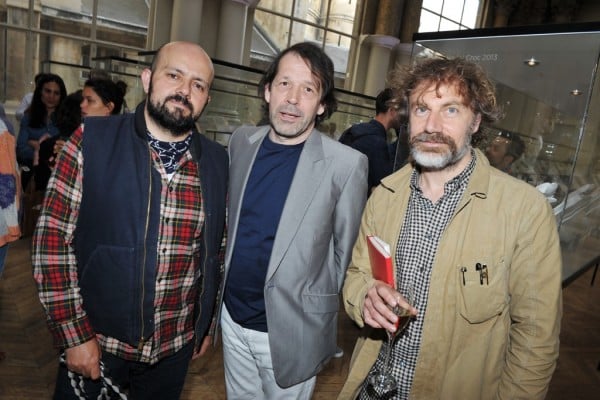 This twist on the Lacoste logo was displayed through a museum installation at an event in Paris Thursday evening, with each white shirt having portrayed in glass presentation cases under the glass roof of L’Atrium event space on the Rue Saint-Honoré.

160 shirts, all in size 4, will go on sale starting November 15 at leading concept stores around the world, priced at $550, while a more extensive commercial edition, in eight versions each for men and women, will also be produced and sold in Lacoste’s regular distribution, priced $180.