Central to Prada’s latest SS19 show, were inflated plastic stools that adorned a LED lit floor to spell psychedelia like no other! And, if you’ve since been dreaming of re-creating the very same décor for your living space, here’s your one-off chance to do so! Yup, that’s right! As part of its new series, Prada is all set to launch the infamous Verpan stools for patrons who cannot get over their quirky exotica! 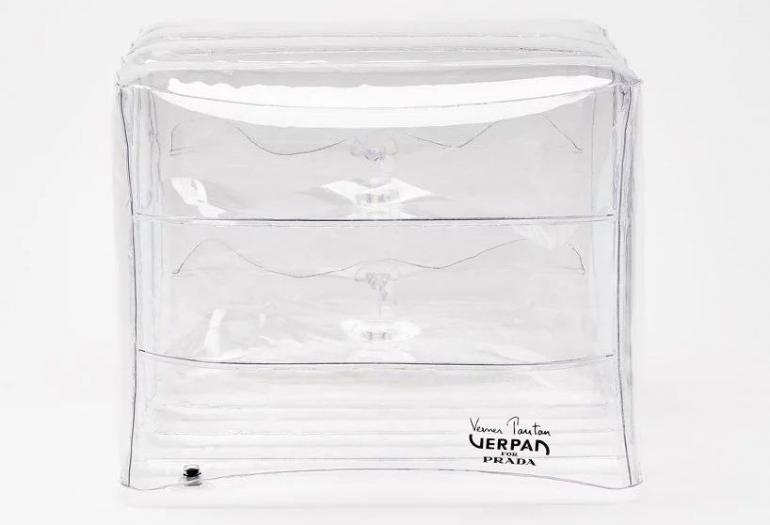 The 1960’s stool was originally designed by famed Danish designer Verner Panton under his company titled Verpan, exclusively for the brand. And while we never quite saw the stools being used or sold thereafter, it was surprising to see its dominant use at the recently held SS19 show. The unusual seating is meant to be flexible, lightweight and versatile enough for any space. It is made from 100% recyclable, welded transparent film and comes adorned with the “Verpan for Prada” inscription at the corners. 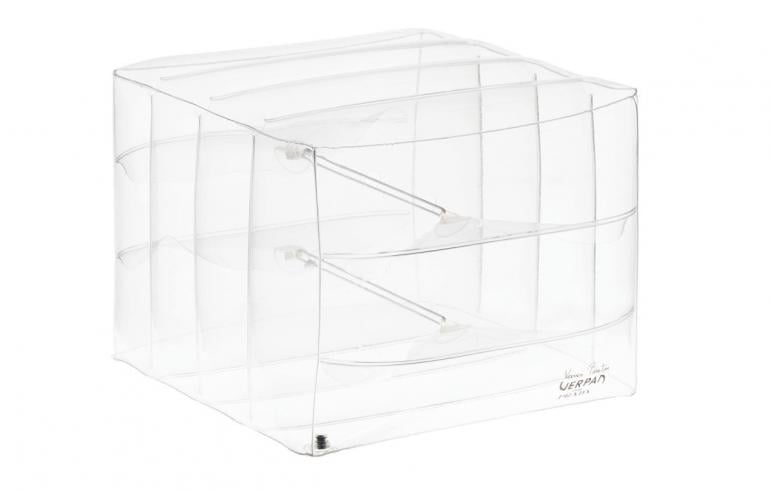 Use it to add a bit of charm to your living room or throw it off a corner next to your bed, the Verpan stool with its easy adaptable design is sure to add the missing zest in any given space. And while one would expect a Prada stamped goodie of its kind to cost a bomb, the revived Verpan stool comes at an affordable price of $850 (including a carry case and an electric inflating machine). It can currently be pre-ordered online on the official Prada website.

Tags from the story
Prada