Vivienne Westwood and Richard Branson team up to clad Virgin Atlantic’s crew in style that stands out. The current uniform worn by Virgin Atlantic crew has seen 10 years pass by, and in this time, there have been many other airlines that have “copied” their style shares President of Virgin Atlantic. At this point of time, what they needed was a complete revamp that’s both stylish and practical in sense for their staff/crew. 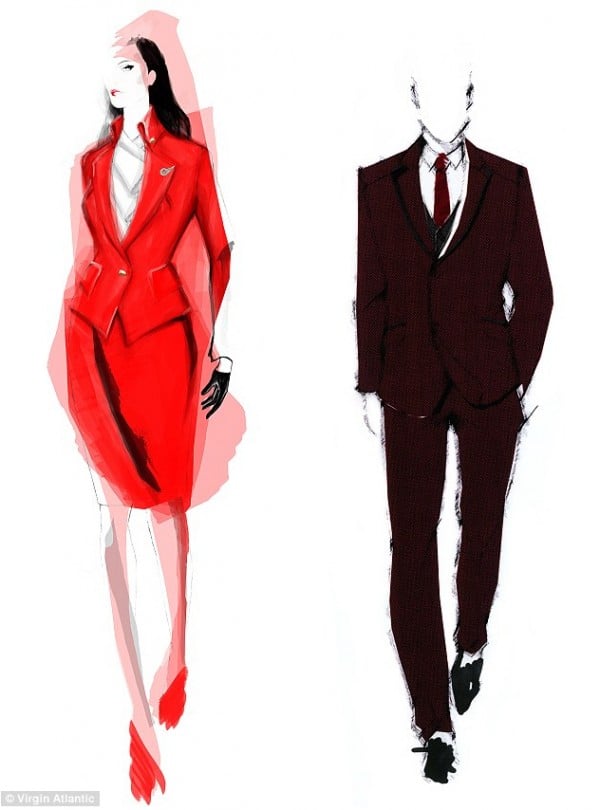 Vivienne Westwood has always been known for bringing out the curves in feminine attire. She believes in creating clothing that has a “strong dynamic rapport with the body.” She claims her style to be very body-conscious, helping you to look glamorous, more hourglass, and more woman. And this is exactly what she has designed for the ladies – “an iconic red Westwood suit with a very feminine silhouette nipped in at the waist and with double pleats.” At the same time, the men will adorn a three-piece Saville Row suit in a rich burgundy color. The first trial runs on these uniforms are set for July 2013.

The alliance between the two British labels – Westwood and Branson with Virgin Atlantic would be long-term, which would see the duo re-design uniforms across all areas of Virgin Atlantic.
[Via – Dailymail]