Rumours were already confirmed that Rihanna had launched a ‘Puma by Rihanna Collection’ in collaboration with the German sportswear manufacturer. Predictably, the limited edition Puma Creepers were sold out within the first three hours, but don’t be disheartened, the designer-inspired collection will make its way to Puma racks on September 25th! 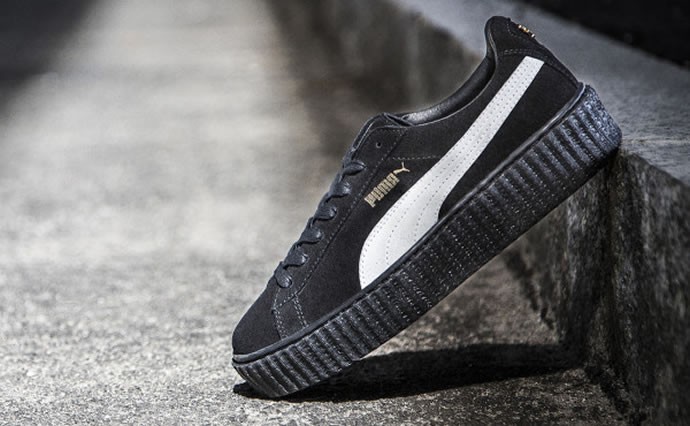 We hear Rihanna is a die-hard fan of the Creepers – she has been sported wearing the sneakers in an assortment of colours – ranging from dusty pink to bright white. As for the publicity angle, Rihanna and musician Travis Scott appear together in the ad campaign sporting the Puma Creepers.

The Puma Creeper, which has received quite a response, blends the classic Puma Suede design “with a little bit punk and a little bit rebel.”

Tags from the story
Puma, Rihanna