With his charming blue coat and bright red hat, Paddington Bear has been a familiar figure in the stories that most British parents children read to their children. Now the bear will take on several new and never-before-seen avatars as part of the Paddington Trail, a project that seeks to raise funds for the NSPCC- an organization that has created a hotline to help rescue children who are made victims of abuse. As part of the initiative, several designers, artists and celebrities have lent creative flair to their own versions of the iconic bear to be placed at locations across London. In December the bears will be auctioned off and all proceeds will benefit the NSPCC. The project will pave the way for the release of the Paddington Bear film later on. 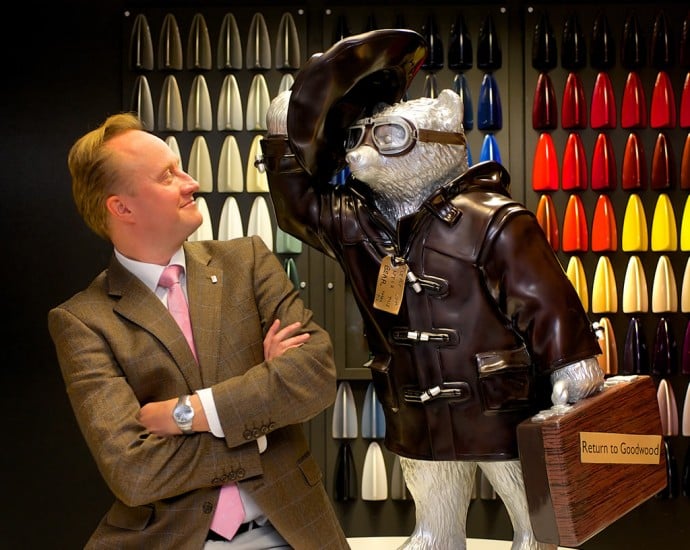 The Rolls Royce bear is inspired by the brand’s founding forefather Charles Rolls. In a tribute to Roll’s legacy as an aviator and racer, the bear is clad in a brown leather duffel coat with cravat and hat ribbon in Rolls-Royce’s signature purple. A pair of MK8 racing goggles lend the finishing touch to the outfit. Rolls-Royce’s Paddington will be placed opposite the marque’s landmark showroom in Mayfair’s Berkeley Square. 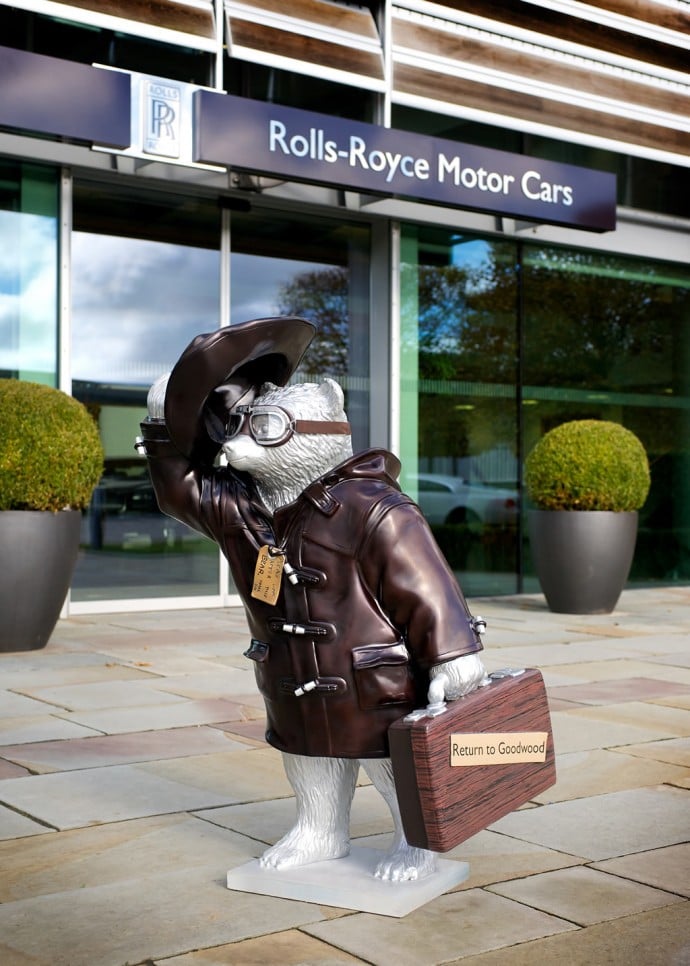 If you’re in London, you can also keep your eyes peeled for other cool bears, including Emma Watson’s butterfly adorned bear, David Beckham’s red suited bear and even Benedict Cumberbatch’s Sherlock inspired Paddington.
Learn more about the Paddington Trail here.