Comets may be heavenly bodies. However, their smell is anything but heavenly! British scientists have used data from the Philae lander that explored the 67P/Churyumov-Gerasimenko on the Rosetta mission to create a near-identical scent to the smell of a comet. It’s hardly a pleasing fragrance because gasses on comets give them rather unsavory odors similar to rotten eggs, cat urine, and bitter almonds. Eau de comet isn’t looking very enticing now. 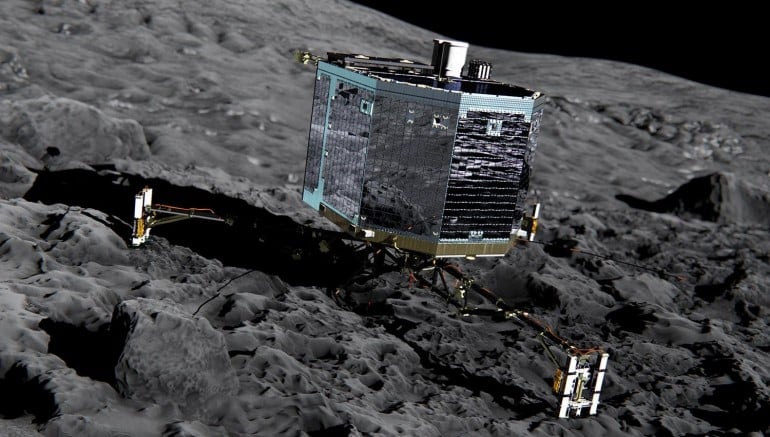 New Scientist writer Jacob Aron had an opportunity to sample the scent. “I almost feel the smell as a physical presence inside my skull, New Scientist writer Jacob Aron told Sky News as he sampled the cologne. The full heft of 67P’s bouquet hits me in the face. Surprisingly it’s not actually as foul as my first impression led me to believe – somehow, a few floral notes are now coming through,” he said. Not quite a glowing recommendation we were expecting.

The list of gases that inspire the fragrance includes hydrogen sulfide, ammonia, and hydrogen cyanide. Still, given that some are poisonous, scientists have not used them directly in the fragrance. The scent was commissioned by Colin Snodgrass of the Open University and created by a UK based team called the Aroma Company.

Stay away from cat pee and rotten eggs and try some enticing traditional scents instead.