Stella McCartney, daughter of the Beatles band member- Paul McCartney, has been reaching new heights with her latest collection- menswear. Born on 13th September, 1971, she worked hard at her dream as a fashion designer from an early age. With a net worth of $75 million, she is also a wild-life activist and nature conservationist.

Formative Years
Being named after both of her maternal great-grandmothers, Stella studied in the local state schools in East Sussex, UK. Though they were children of a celebrity, their father believed they should lead a normal life like other children. As a young girl of thirteen, Stella showed interest in designing clothes and even designed her first jacket. Watching her father’s tailor closely, she gained some knowledge of the skill. Three years later, she interned with Christian Lacroix where she designed her first haute couture collection. After that, she worked with Edward Sexton, her father’s tailor. Here she further honed her skills and developed them. Then she went on to study at Ravensbourne College of Design and Communication in the early 1990s. Following that, she studied Fashion Design at Central Saint Martins.
Her graduation collection was modeled by Naomi Campbell, Yasmin Le Bon, and Kate Moss. To add to the glam, the collection was shown to a song penned by her father- Stella May Day. It was a major success, covered by many newspapers. The collection was then sold to Tokyo, a London fashion boutique. The designs were then, licensed to Browns, Goodman, and Neiman Marcus.
Soon she designed her sister Mary’s wedding dress when she got married to television producer, Alistair Donald. 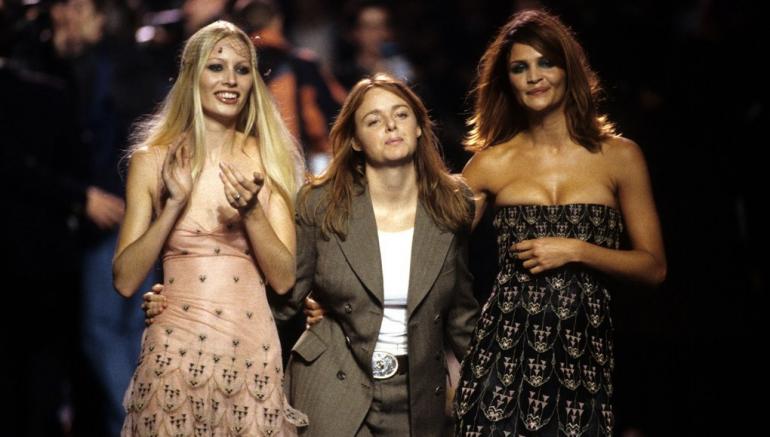 Venturing Out
Stella soon was appointed the creative director of Chloe in 1997. She took up after Karl Lagerfeld. In spite of the skepticism of Lagerfeld, her collections were received well commercially. She then set up her brand ‘Stella McCartney’ in collaboration with Gucci which is now Kering. She launched her own perfume in 2003, her own skincare line made up of natural products in 2007, Kids collection in 2010 and so on. She also partnered along with Disney to create the Alice in Wonderland themed jewelry in 2010. She also collaborated with Adidas as their official designer for a long period of time.
She has been the official designer for Team Great Britain through Adidas in 2012 and 2016 Olympics. It was the first time in the history of Olympics where the entire team’s clothes, for both Olympic and Para-Olympic, across all competitions were designed by one single leading designer.

Wild Life Activist
A vegetarian, a strong wild-life activist, she has stood up against the use of leather and fur in her products. Many clothes in her collections have these words boldly printed- ‘Girls Thanks. No Fur, No Leather’. She prefers using organic cotton and faux leathers. All her shops are operated in eco- friendly ways. The floors have planks from sustainable forests. The shops are powered with energy sources like wind power. The shopping bags are out of corn. She is the only leading designer who has reduced the carbon footprint of her collections and her stores to the minimum.
In an interview with Women’s Wear Daily in 2004 she said, “For me, it’s all one thing because my business is based on these kinds of ethics. It’s a very holistic approach for me, it’s the way I live my life and it’s my message. We are trying to have just a little more conscious consumption.” Stella McCartney also promotes meat-free menus. In 2009, the entire McCartney family came up with Meat- Free Mondays Initiative. There was also a cookbook named Meat Free Monday Cookbook published along with this initiative.
Stella has also helped PETA film their public service announcements. She continues to fund World Wild Life Fund, American Society for Prevention of Cruelty to Animals and Animals Asia. Her brand name is Stella McCartney- Sustainable Luxury Fashion.
READ:  Luxury Fashion Pieces That Every Successful Businessman Should Own 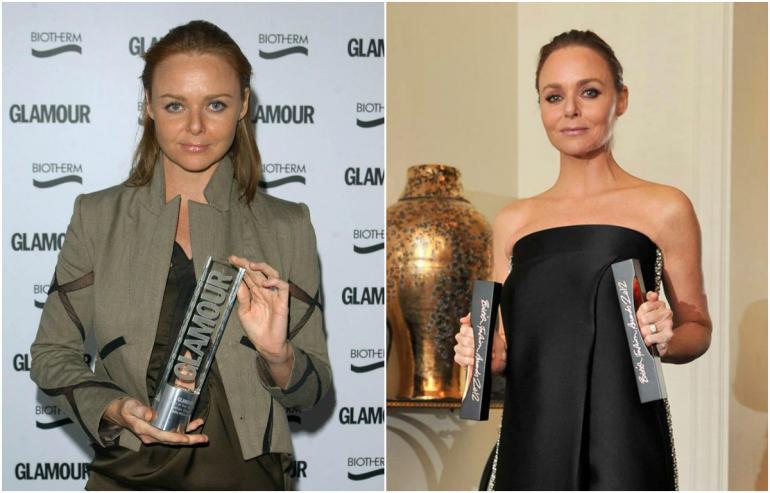 
Life at Home
Stella McCartney has been married to Alasdhair Willis since 2003. They have four children- two sons and two daughters. She has made it a point to bring up her children unlike other celebrity children. She also makes sure that they are in the company of nature and animals. Their 400-acre property, which is worth 2.5 million pounds, has a restored manor house, a garden with flowers and vegetables, and a small flock of sheep and horses. 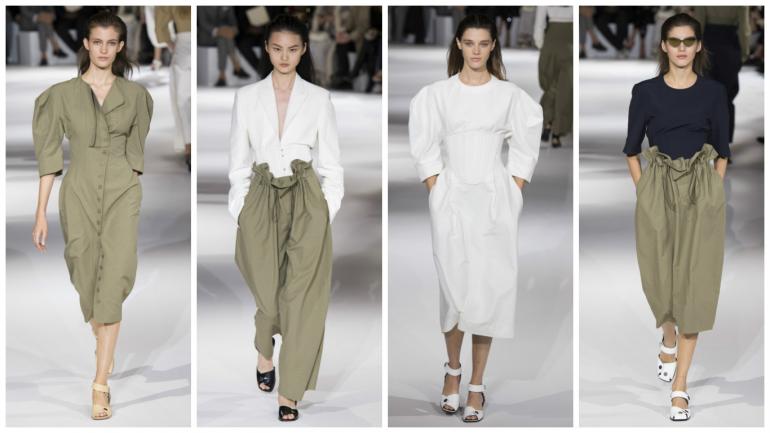 Latest Collection
Stella’s latest collection is menswear. She has designed most of the collection being inspired by her father. The collection features bomber jackets, football scarves, and cashmere tracksuits. Her swallow-embroidered motif which has been seen across her collections continues to feature in this collection too.
A woman who has made it in the world of fashion, living well to her ethics- conservation of the environment and the wildlife. That defines Stella McCartney.