Sir Elton John is just as famed for his singing career as he is for his eclectic style of dressing. And putting his clothes on display is tailor Richard James who has recently created a window display enamored by the artist’s famous pieces at Savile Row. Apparently, James has also stitched several iconic costumes for Sir John in the past such as tailcoats covered in crystals that he wore to play Las Vegas and the pink and yellow two-piece “Dot” suit for the Grammys. 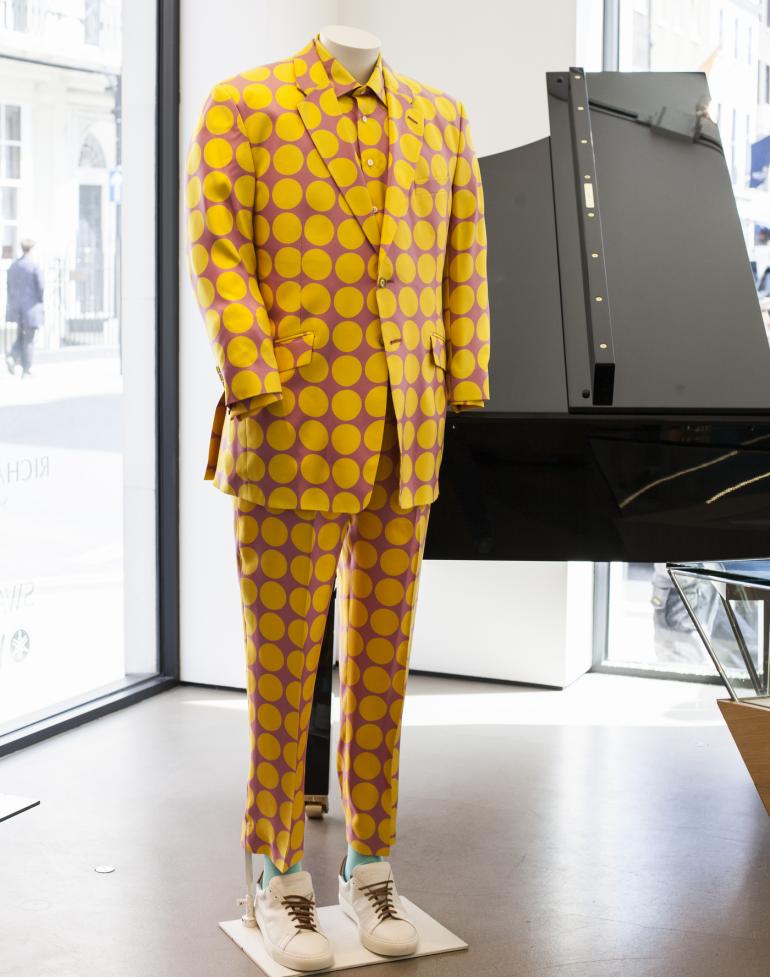 The glitzy window display is created in time to commemorate the worldwide release of Rocketman -a biopic on Sir Elton John’s life. To put matters at ease, the artist has lent five of his legendary costumes to the Savile Row tailor for a one-off, month-long “fashion showcase” that will include one of them that he wore for a milk ad in an orange and red colorway, and another worn by him while performing with Eminem at the Grammys in a blue and lilac colorway.

Commenting on the collaboration, Sean Dixon, who cofounded the tailor with Richard James said, “The thing with Elton is if he likes what you do, he just lets you get on with it, and the more special and crazy it is the better. He’s a showman and he definitely wants the pieces to be showy.” The exhibit will also sell limited edition t-shirts emblazoned with a Swarovski crystal rocket emblem for £175 ($221.8) each.

Tags from the story
Elton-John