What better way to advertise their new product – a suit that does not crease than to have Olympic gymnast Max Whitlock demonstrate his gymnastic moves in this new suit that Sir Paul Smith calls “A Suit to Travel in”. This new 100% wool suit is made from a high twist yarn which apparently is crease resistant.

Max Whitlock along with a team from the National Centre for Circus Arts, walked on their hands, stood on each other’s shoulders, spun around the floor in a giant hula hoop and the result was not a single crease on the suit.
It really cannot get better than this. Imagine stepping off a plane after a long flight and not having to worry about changing your suit but instead looking like you are all set to step into a board room. 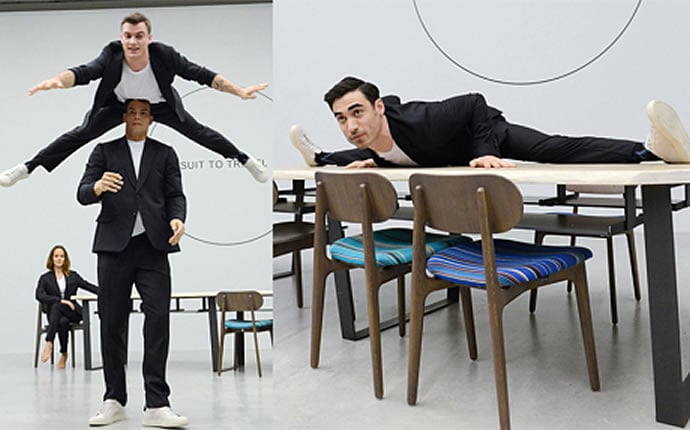 Tags from the story
Paul-Smith, Suit