Louis Vuitton has a long association with the America’s Cup that dates to the year 1983. The marquee is officially responsible for designing trophies for the coveted Match each year and in doing so it recently unveiled the brand-new Trophy and Trunk for the LV America’s Cup Challenger Playoffs, taking place from Sunday June 4th to Monday June 12th 2017 in Bermuda. 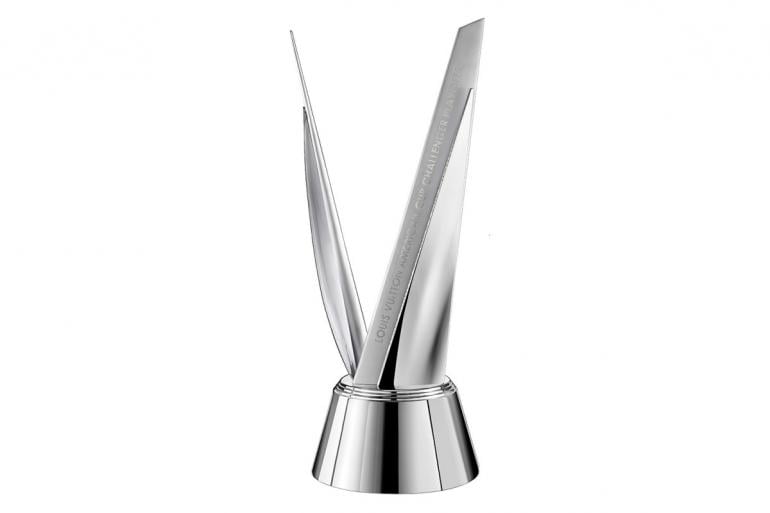 Five challengers including the likes of Land Rover BAR, Emirates Team New Zealand, Artemis Racing, SoftBank Team Japan and Groupama Team France will be battling it out against ORACLE TEAM USA (the ferocious defender and winner of the 34th America’s Cup), to ultimately win the 35th series of the America’s Cup. It is no small task to emerge victorious in a battle so grand, and thus LV has commissioned a new trophy and trunk to mark the supreme achievement. Crafted in 10kg of sterling silver, the new trophy stands tall in its 70-cm frame and is polished and satin-finished to perfection. It also dons the iconic Gaston ‘V’ mark and is an ultimate ode to the heritage and rich standing of the America’s Cup.

A Monogram trunk created especially for the Challenger’s Trophy also carries the famous Gaston ‘V’ in red on its front along with a classic blue microfiber interior and a bunch of other meticulous details. The superior Louis Vuitton America’s Cup Challenger Playoffs trophy will be awarded to the team that emerges victorious on June 11th or 12th on the Great Sound. We cannot seem to hold our excitement in! Can you?